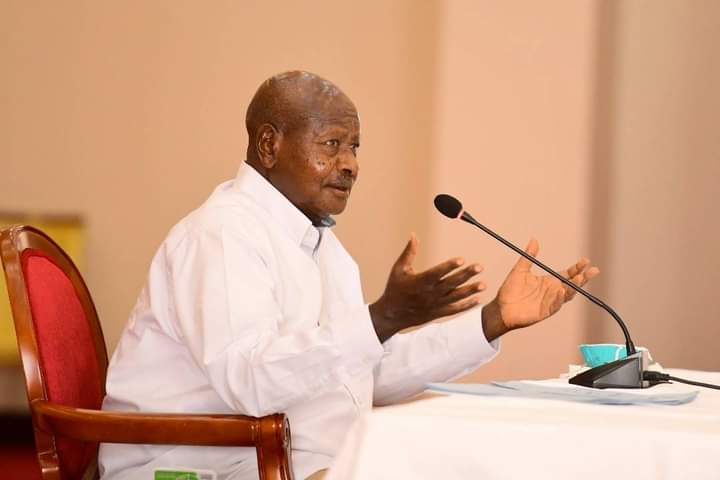 In his new year’s Presidential address where he also fully opened up the Uganda’s economy, President Museveni spared some time and hinted on the NRA’s DRC campaign where they are hunting down the ADF rebels.

Gen Museveni said that the ADF rebels are only left with the option of surrendering to the mighty NRA /UPDF otherwise they will be crushed .

Museveni said the ADF made a huge miscalculation of attacking Uganda where some lives were lost in the bomb blasts and this is the reason why Uganda’s army will not leave DRC until the whole group is completely destroyed.

Gen Museveni further added that if at all he gets clearance from the DRC authorities, they will hunt down the rebels even as far as Kisangani and Kishasha even need be.

Uganda has over 10,000 troops on DRC soil in a campaign to destroy the ADF that was responsible for the bomb blasts in Kampala late last year. Sofar 5 ADF camps have been destroyed and many of its group members put out of action.