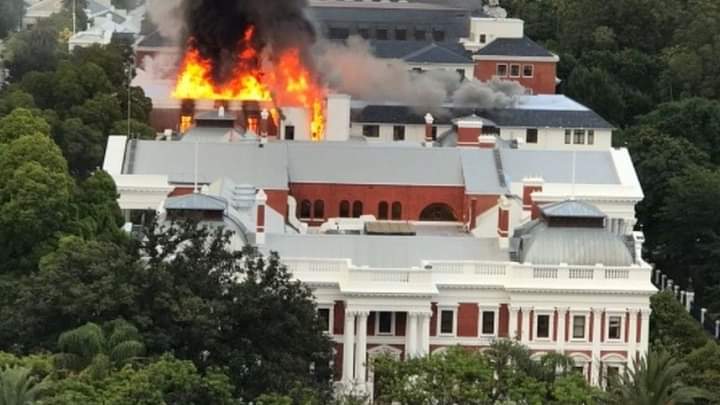 A major fire outbreak has just broke out this Sunday morning at the South African parliament building, local press reports and AFP confirmed.

Firefighters were present at the scene as wild flames and huge cloud of dark smoke shot into the atmosphere as the fire ravaged the building.

“The roof has caught fire and the National Assembly is also on fire,” revealed the spokesperson for the Cape Town emergency services. “The fire is not under control and cracks in the walls of the building have been reported,”he added.

Images trending on social media platforms show a mass of flames licking through what appeared to be the roof of one of the parliament buildings.