Man suspected to have hired land to rebel group arrested 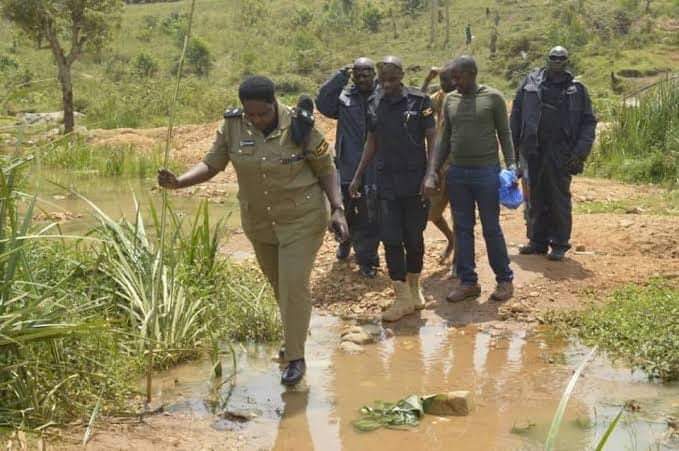 Uganda Police have arrested a man for allegedly hiring out his vast piece of land to members of a new rebel group to set up its training camp.

Security have in the past one month arrested over 20 members of the newly formed Uganda Coalition Forces of Change (UCFC), a rebel group whose motive was to cause the change of government in Uganda using the power of the gun.

Addressing journalists on Monday, Police spokesperson, Fred Enanga said they have intensified operations to crack down on all members of the rebel group and four more suspects have since been apprehended.

“We arrested Lwanga Samuel Ssengonzi a resident of Kassanda district who hired out his piece of land to the rebel group to start their activities by setting up a rebel training camp. He is facing charges of conspiracy to help in furtherance of rebel activities,” Enanga said.

According to the police spokesperson, another suspect, identified as Alex Boogere led security operatives to a maize garden in Wakiso where another gun stolen during one of the attacks on police posts was recovered.

He noted that on recovery, 18 out of the 30 rounds of ammunition had been used but noted the operation is still on to recover two more guns stolen during the raids on security personnel.

“In total, we now 25 members of the rebel group in our custody. We ask members of the public to be vigilant because even during the new year’s celebration, the rebel group was planning to attack one of our police stations. The attack was thwarted Such groups not only target security installations but also soft targets.”