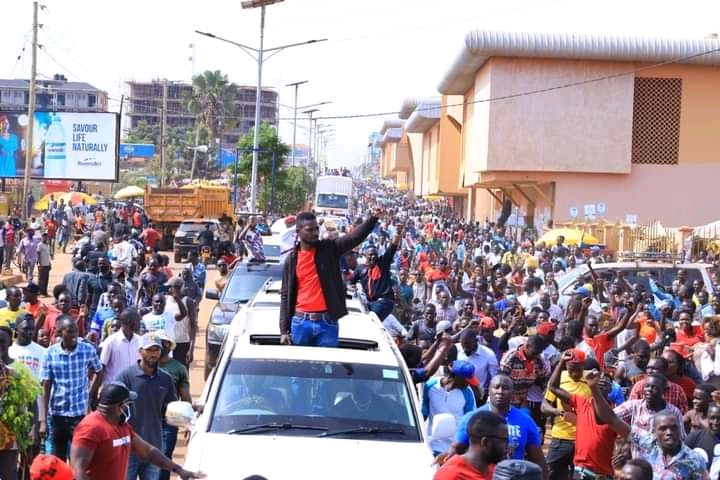 The NRM government has initiated a new constitutional amendment that seeks to abolish the popular vote system for presidential candidates in favour of the college vote system where lawmakers will vote for the office holder of the country’s top most seat.

The move is being propelled by the incumbent president Museveni with aid of the Deputy Attorney General Jackson Kafuuzi under the Constitutional Review Commission. The members of the commission are expected to traverse the entire country in pursuit of the thoughts of Ugandans on the looming amendment.

A source well versed with the amendment says Museveni who expects to resurface on the 2026 ballot seeks not to engage in a nationwide campaign model following the fatigue he sustained from the 2021 polls having faced stiff competition from a youthful challenger in Kyagulanyi Ssentamu Robert aka Bobi Wine.

“It was not easy for him to finish the 2021 trail. Moving from one district to another was a terrible experience for him,” a source familiar with the amendment reveals. “You saw how Bobi Wine would easily pull crowds even when rallies had been banned. The new system will favour Museveni in the 2026 polls when NRM again fronts him for president,” the source adds.

However Emmanuel Akankwasa, a Mbarara based staunch mobilizer for the Muhoozi project believes that the parliamentary majority system would be favourable to the ascension of Muhoozi to the presidential seat as he will not have to engage with the masses where he seems to be very unpopular. “The party with majority seats will obviously win the presidency. This system favours our candidate Muhoozi Kainerugaba,” Akankwasa intimates. “We don’t have to rotate around the country in pursuit of votes. Bobi Wine will emerge stronger in a popular vote unlike in the parliamentary system. That’s why as Muhoozi supporters, we are behind the amendment. It’s the best retirement gift Museveni can give to his son,” he adds.