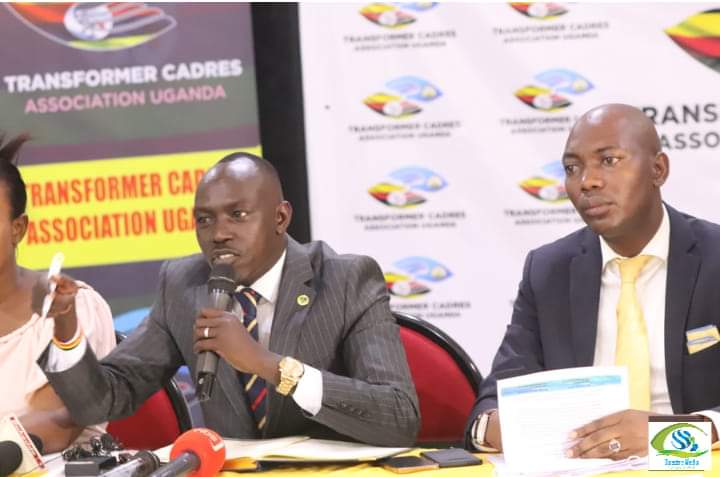 A group of ruling NRM party candidates who lost in the previous parliamentary elections have backed the proposal to have the country’s president elected by parliament.

Describing themselves as Transformer Cadres Association Uganda with Adupa Ongwech Felix who lost in the Kioga County MP election as the president, the group told journalists on Thursday at Kati Kati Lugogo that they have prepared several proposals that they want to present to the NRM national chairman for consideration.

“We have a proposal to amend electoral laws and other legislation to pave way for a hybrid parliamentary system where the head of government who also doubles as the head of state is elected by parliament and local government councils,” Adupa told journalists.

The group told journalists that such a proposal would help reduce issues like the huge budgetary sums injected into elections by government every five years and cries over voter bribery and other election malpractices.

“We are stakeholders with a stake in the country. The constitution allows us to have views and present them for consideration.”

Asked who is behind the project, the group insisted they are not serving interests of anyone but rather representing many other citizens who have the same thinking as them.

“It is no longer business as usual. It is not only for our benefit but the benefit of many other Ugandans out there. There are many other patriotic Ugandans with capability of leading this country but have been locked out. This system will ensure the best person leads us,” Adupa said.

“We are concerned of how things are done badly in this country. We want to see parliament begin electing the country’s president. We are not anyone’s project as you accuse us.”

Many have said that the move could have been mooted to benefit president Yoweri Museveni but when put to task to explain, the NRM MP losers dismissed it as not true.

“Let us stop being selfish. President Museveni must not be behind everything for it to be discussed. No one is pushing us.” he said