Bobi: Uganda is not a Museveni family property 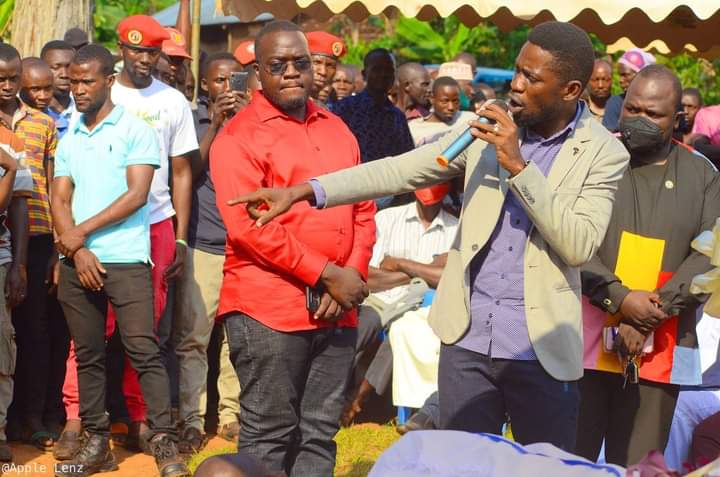 The National Unity Platform party president Kyagulanyi Ssentamu Robert aka Bobi Wine says he will rally Ugandans to contest the looming electoral reforms being initiated by the NRM party. Credible sources say the NRM party has realized that it is no longer well grounded in the public domain which is why they deem it unfit to go back to universal suffrage for the presidential seat as this would hamper the Muhoozi project. In case of a popular vote, there is not a single day an unpopular Muhoozi Kainerugaba would defeat Bobi Wine who enjoys mass support.

Bobi explains that the NRM is thriving on borrowed time.

“I’m restrained from meeting my people like you all saw in Gomba when I made an unannounced trip to my ancestral home for the New Year,” he told the mourners convened in Bombo village, Mityana where he had gone on Thursday to send off the grand father to his personal assistant Don Najja Sheriff. “Our hospitality has been abused. Since time memorial, we’ve been giving refuge to strangers but they end up mistreating us,” he added.
Wine who is now 39 says Museveni is shamelessly leading a very young discontented generation.

“Most of you were unborn when Museveni took over power in 1986. The deceased passed on at 93! Our lifespan in this generation may not even hit 93. Some of us may not even have corpses like John Bosco Kibalama whose body is nowhere at the moment,” he said.

“You are your own hope. God can only do what he can do through you. Do not accept the NRM imposed deliberate enslavement. Museveni seeks to crown himself Emperor by disenfranchising the masses under the proposed parliamentary system,” he adds.