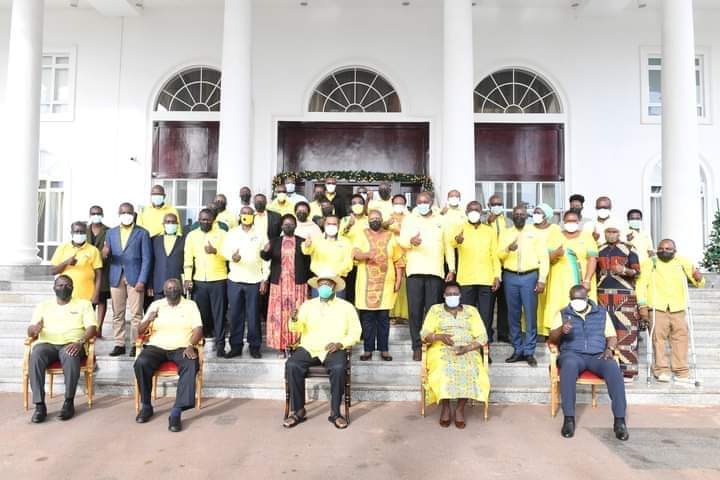 A section of MPs in ruling NRM party have welcomed the idea of electoral reforms accusing the leading opposition National Unity Platform party leaders and supporters of having fostered and fermented hate within the overall population. The NRM MPs have welcomed the proposal from the ruling party activists to have the mode of electing the President changed from adult suffrage to electoral college, where Legislators decide who leads the country.

These NRM legislators argue that this system will reduce the billions spent on organizing Presidential elections and reduce the growing hatred in Uganda’s politics. They accuse NUP of having initiated the politics of hate.

“Our friends in NUP have spoilt our politics. People are now divided along political lines. You saw what happened in November 2020 when NRM supporters were being harassed and undressed by NUP supporters. Yellow posters and billboards were being vandalized by NUP members,” says Jackson Kafuuzi the lead proponent of the amendments. “We have to change our politics and leave it to the sober minded, not a population filled with hate,” he adds.

“As a concerned youth who is not happy with the way the youth elections for the youth MPs are carried in this country I can’t support this impunity. We are not ready to welcome this idea where just a small click of people will sit on a round table and decide for 40million Ugandans. They shouldn’t even think of the money spent on organising these elections because at least for this case Ugandans know where the money has been spent than those stolen by the so called untouchables in government through corruption and embezzlement. If they really care about Ugandans and they want to save some money then let them come up with the proposal to reduce on the number of MPs and their salaries. Let them leave Ugandans to decide for themselves and practice the shoddy elections organised by this government,” opines Alex Ojok.

“How will it reduce the billions spent on elections? It will be shared by the few (529 MPs) instead of the many Ugandans. And how can 529 people in Uganda we all know vote the president instead of millions of people,” adds Waiswa Alex on social media