NUP refused to join us, now it’s time for action-Amuriat 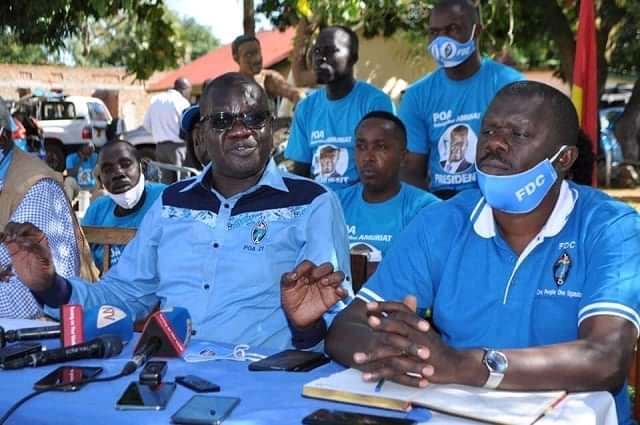 Former presidential candidate under the opposition Forum for Democratic Change party Eng. Patrick Amuriat Oboi has revealed that the People’s Front for Transition pressure group has never gone to hibernation as traded by what he termed as regime propagandists and critics in the opposition.

According to Amuriat, the PFT is stronger than never before and is ready to unleash ‘nationwide action’.

“Ours is not camera politics or taking selfies and we say we are in the struggle. We operate at the grassroot level and we do this silently because we know the worth of our cause,” Amuriat says. “We called NUP to join us and they played ping pong games. Now it’s time for action,” he added.

Since it’s launch, the People’s Front for Transition has faced stiff contestation from the enraged public as the youths strain that its leader also perennial Museveni challenger Rtd. Col. Dr. Kizza Besigye cannot achieve much without engaging with the leading opposition party dubbed NUP. The proponents of Besigye’s front are mainly aggrieved career politicians who were denied party tickets of the well entrenched NUP party which enjoys mass support from the public. Personalities like Samuel Walter Lubega Mukaaku (lost the flag of NUP in Rubaga South), Kenneth Paul Kakande (Nakawa East seat loser), and Sulaiman Kidandala (Kawempe North NUP ticket loser) are all bitter towards NUP which is why they believe they can use Besigye as the face of their aggression.