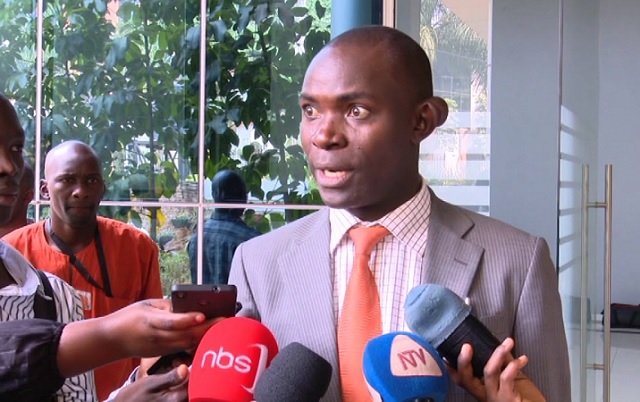 Mabirizi alleged that Kyagulanyi who was then 20 years old was on October 21, 2000, registered as a student of MDD on a mature age entry scheme contrary to Makerere University Prospectus of 1999/2000-2000/2001 in which it was stated that for one to be admitted for the mature age entry at the time, the candidate had to at least be 25 years old or one who had completed formal education at least five years before the year of admission to the university.

The criminal case was however taken over by the Director of Public Prosecutions.

On Monday the 10th of January 2022, the DPP Jane Frances Abodo wrote to the Law Development Centre Magistrate informing her that she has withdrawn the charges against the opposition politician.

“This is to inform court that the Director of Public Prosecutions has decided to discontinue proceedings against Kyagulanyi Ssentamu Robert charged with obtaining registration by false pretence contrary to section 312 of the Penal Code Act cap 120,”Abodo said in the withdrawal form submitted to court.

However, lawyer Mabirizi protested against the move arguing that he had in the first place not agreed with the takeover by the DPP.

“I on January, 4, 2022 applied that court transfers back the case from DPP to me because she had failed the case but also under article 120(3)(d) of the Constitution, DPP has no powers to withdraw a private prosecution except with leave of court and by doing so, the DPP was abusing her office to let a criminal walk scot-free when three witnesses are ready to testify,” Mabirizi said.

The lawyer however said he will now continue filing more evidence , submissions and authorities in favour of hearing the case under his own private prosecution after the DPP withdrew the charges. 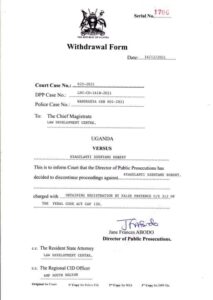