Besigye’s ultimatum expires, what next for PFT? 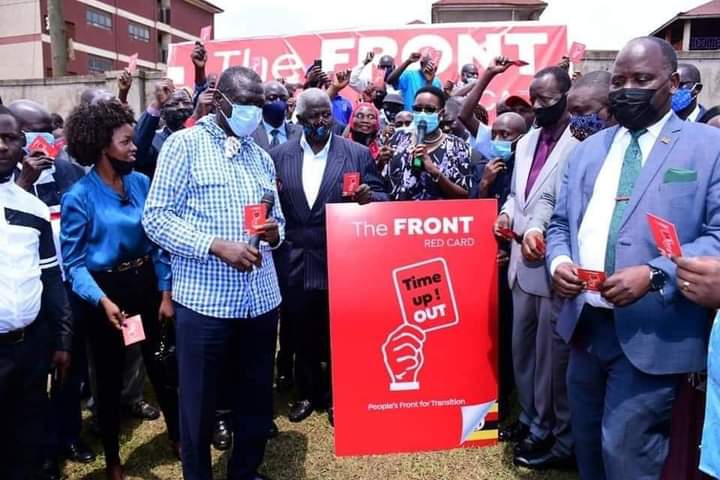 The People’s Front for Transition leader also four time presidential contender Rtd. Col. Dr. Kizza Besigye is in the spotlight after the elapse of his three week deadline he had announced last year in protest of the NRM government’s mismanagement of the covd crisis.

Besigye announced that schools were not to reopen if government does not cater for the wages of the teachers and also facilitate their welfare with a financial support plan since the lockdown left them teetering on the brink of bankruptcy.

“We demand urgent interventions. We need a special fund to help schools reopen in 2022 to provide decent education services without compelling parents to pay lots of money. Money must be put in place to support schools to reopen,”Besigye said on December 23, 2021. He vowed further that he would mobilize activists countrywide and rally them to street action if government does not bow down to his call.

However, a day after the reopening of the schools, the People’s Front for Transition has neither issued a statement nor led a street protest as pledged.

“We are going to accelerate our programs aimed at the high preparedness of all Red Card activists to coordinate and guide the actions that will be necessary from the end of the first week of January,” Besigye said last year. “Let’s all be ready to push back this chronic injustice,” he added at a public address held at his Katonga road offices.