Baryomunsi: Bobi speaks as who on constitutional reforms? 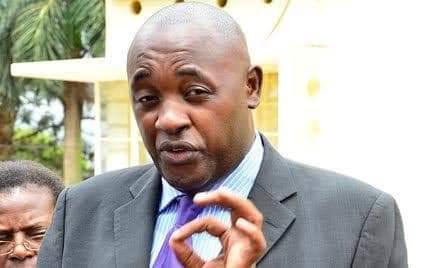 Minister for information and National guidance Dr. Chris Baryomunsi has lost his cool and lashed out at the National Unity Platform party president Kyagulanyi Ssentamu Robert aka Bobi Wine for allegedly standing in the path of government programs.

SEE ALSO: Bobi: Uganda is not a Museveni family property

Appearing at the NBS Frontline political talk show on Thursday night, Baryomunsi questioned where the opposition leader draws the courage to question the NRM government on its proposed constitutional amendments. Baryomunsi was responding to Bobi Wine who vowed to fight to the final breath in contestation of the proposed scrapping of adult suffrage in favour of a parliamentary election system.

Baryomunsi now seeks to understand why Bobi believes he is the best man to speak on behalf of Ugandans. “The other day I saw Bobi Wine saying he will not allow the reforms to be made. He was speaking as who?,” he said.

Baryomunsi insists that Bobi has bad intentions for the country as he reflects on the 2020 electoral violence which he squarely faults Bobi for.

“The 2021 elections were the same as the previous were the same as the previous ones except for the fact that NUP came to the scene. When you ask why people were killed in the 2021 elections? Perhaps you should ask, what caused the killings?,” he remarked. “A candidate refused to follow SOPs. He was arrested, which sparked a protest that provoked security. Ugandans putting on yellow were being beaten, and security officers hammered. Did you expect the security to fold their hands?,” he added.