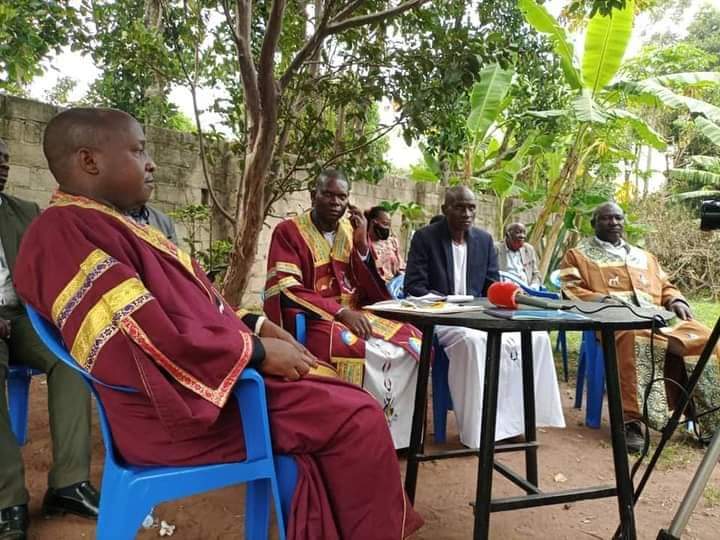 The current Kyabazinga of Busoga William Wilberforce Kadhumbula Gabula Nadiope IV is under pressure after a vote of no confidence was passed by the royal chiefs of Busoga forcing him out of office.

A letter today circulated on social media where the Busoga royals wrote noticing the public that William Gabula Nadiope IV was nolonger fit to serve as the Kyabazinga as thus he was removed from the office with immediate effect.

Speaking to the media today, the royal chiefs owned the letter accusing the Kyabazinga of misuse of office where he has been involved in several scandals of selling off the Kingdom’s land without following the proper due process.

The royals according to the letter immediately voted Edward Columbus Wambuzi Muloki, Zibondo as the New Kyabazinga of Busoga.

According to the Prime Minister of Busoga Dr Joseph Muvawala , the move by the royals is not only illegal but also un called for because the royals do not have the powers to force the Kyabazinga out of office.

According to the PM, the Uganda law gives kings the powers to rule for life and never to be pulled out of office no matter the circumstance. Dr Muvawala says these royals are being funded by the ill wishers who want to see Busoga Kingdom always at war with its own people.

6 out of the 11 royal chiefs signed the letter that orders the Kyabazinga William Nadiope out of office. 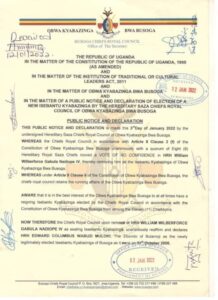