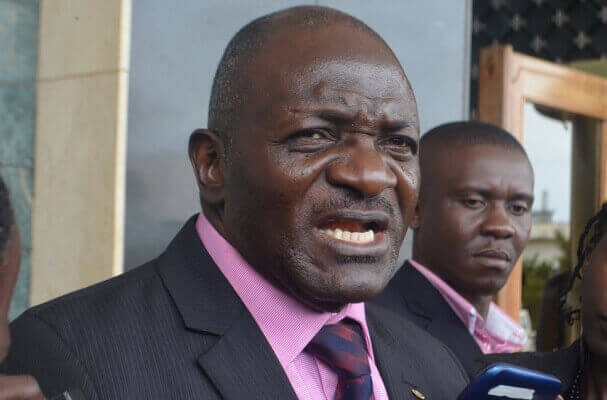 Speaking at the burial ceremony of the late Christopher Columbus Sembuya in Kikwayi village, Buikwe district, Gen Katumba told Kyagulanyi who was among the mourners that he would wish to see him as president as some point but warned him on alot of issues especially tribalism.

“Mister Bobi Wine, I wish that one day you govern this country…” he said to bursts of applause and a standing ovation from Bobi Wine and other excited mourners.

“…But I warn you that if you prioritize tribes or tribalism, you will not manage Uganda,” he said at the funeral of fallen industrialist Sembuya, the founder of Sembule Group of Companies

Katumba’s speech was a response to Bobi Wine’s stinging accusation of the ruling NRM government’s failure to help Sembuya when he begged frantically for cash to rescue his crumbling business empire yet foreigners were quickly helped.

Sembuya had by 2010 piled up a huge debt, which stacked the odds against his business empire. By 2014, having failed to secure a government bailout, Sembuya lost Sembule Steel Mills, then valued at Shs 27 billion, to a bank that had lent him Shs 10 billion, according to media reports.