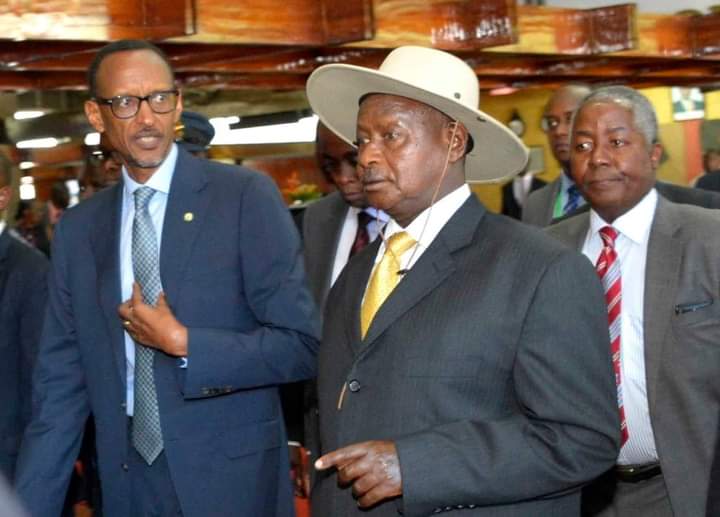 The Kigali administration has in a tweet announced through the Foreign Affairs Ministry and the state leaning broadcaster that they shall reopen the Gatuna border with Uganda by January 31. This follows the eventual sacking of Kagame’s Ugandan based nemesis Maj. Gen. Abel Kandiho who has been heading the Chieftaincy of Military Intelligence.

Credible sources say the recent visit by the Commander of Land Forces also son to Gen. Museveni, Lt. Gen. Muhoozi Kainerugaba was one of the first steps made by Kampala to make amends with Kigali following 3 years of a rift with either parties accusing the other of facilitating dissidents.

Gatuna border post was closed in 2019 after Kigali retaliated to alleged bullying by Ugandan government officials and military leaders who were reportedly spearheading a terror campaign targeting Rwandan nationals.

CMI chief Abel Kandiho was one of the top military personnel pinned in the abductions of Rwandan nationals. Sources knowledgeable about Muhoozi’s visit say Kagame urged Kampala to relieve Kandiho from his duties as one of the steps to express ‘remorse’.

Rwanda had for long accused Kandiho of torturing and abducting her citizens.

Now that he has been axed from his duties, Kagame has decided to reopen the Gatuna border post as a sign of appreciation of Kandiho’s sacking.