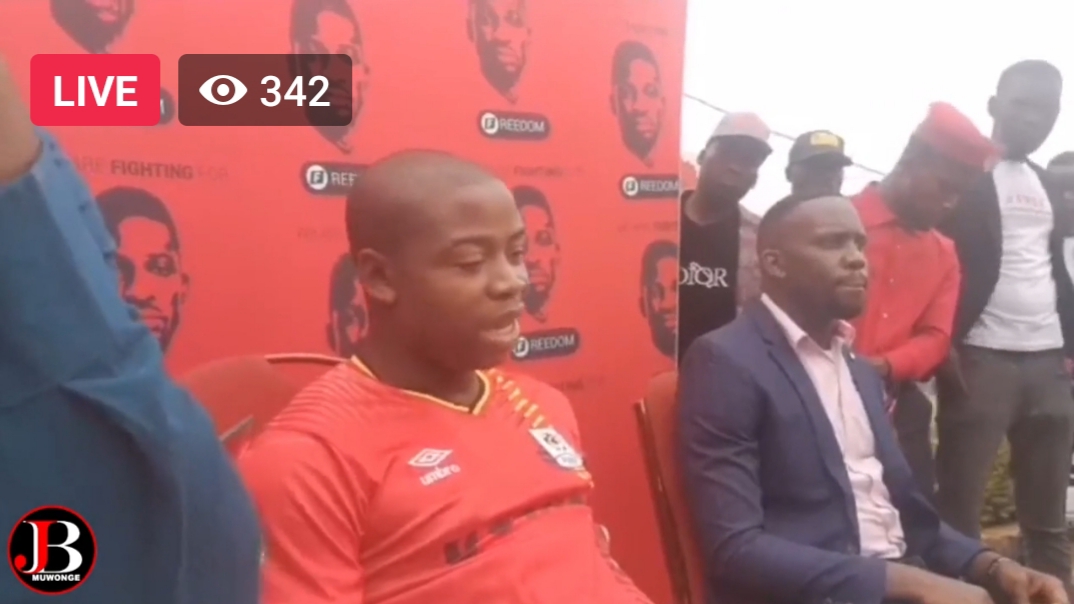 The National Unity Platform party has in a presser held this morning at the Kamwokya based headquarters decried the continued witch hunt of its supporters by regime security operatives.

The party paraded its newly released Kasese mobilizer Samuel Masereka who was over the weekend dropped by SIU operatives after nearly a month in illegal custody.

“As NUP, we are a legal entity working within the laws of Uganda. We are not a rebel outfit like the NRA which wrecked havoc in the 1980’s. Our comrade Masereka was gravely tortured for doing party activities,” Ssenyonyi said. “He was abducted by CMI goons, held captive and tortured. Masereka refuses to be gagged even when he was directed not to make any media interviews about his ordeal,” Ssenyonyi adds.

Ssenyonyi says as NUP, they will not relent on exposing the atrocities of the NRM regime to the world.

“We filed cases with the ICC and this shall be part of the evidence of crimes against humanity committed by the NRM government,” Ssenyonyi says.

After his release, Masereka who appeared frail at the presser explained how he was abducted by a drone on the evening of December 7. He was taken to Kasese CPS before he was blindfolded and driven to Mbuya CMI headquarters where he was electrocuted and whipped.

“I was handcuffed the whole night and interrogated me to narrate to them what NUP is planning. I was asked to explain who funds NUP,” he says. “I was whipped till I lost consciousness. They drained me in water and gave me rotten food which I ate as they whipped me with electric wires. I was stripped naked and whipped. I have scars everywhere. They punched my tummy and damaged my internal organs,” Masereka tearfully recounts.

He adds that his captors said they have right over life. “Here we can even kill you because we are authorized to do that. That’s what they said. I was vomiting blood. They returned my belongings and coerced me to meet a big person,” he says. “My legs were tied with gauze wire and soldiers kept on trampling on me with their jungle boots. I’m in pain, they kept pouring hot water on me,” he adds.

Masereka says he will not back down from speaking the truth to power. “We should continue to speak and condemn these injustices. Our silence will not yield anything,” he says.