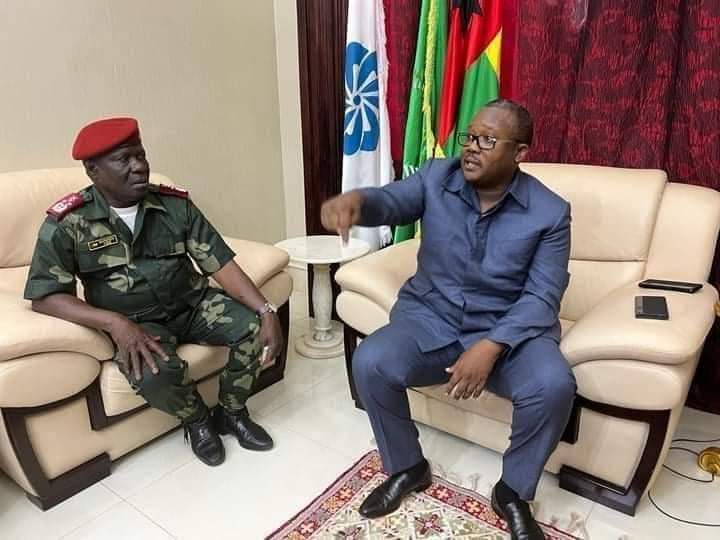 The small coastal country in West Africa has experienced four coups and at least a dozen attempted takeovers since it gained independence from Portugal nearly 50 years ago.

An eruption of gunfire near the presidential palace in the small West African nation of Guinea-Bissau signaled that an attempted coup was underway, the main regional organization said Tuesday — the latest in a slew of attempted military takeovers across the region, most of which have succeeded.

Guinea-Bissau, a poverty-stricken coastal nation bordering Senegal and Guinea, is grimly familiar with military takeovers. The country has weathered at least four successful coups and more than a dozen attempted takeovers, the last in 2012, since it gained independence from Portugal 48 years ago.

President Umaro Sissoco Embaló, who came to power in 2020 following a disputed election the previous year, was holding a cabinet meeting at the presidency around midday on Tuesday when the first bursts of gunfire were heard, news agencies said.

Last week, in the landlocked West African nation of Burkina Faso, soldiers seized power and announced a suspension of the Constitution. In the last year and a half alone, there have been military takeovers in Mali, Guinea and Chad. Further east, in Sudan, the military also seized control three months ago.

The sight of men in fatigues seizing control with such regularity, often in neighboring countries, has stoked fears of “coup contagion” across a broad belt of sub-Saharan Africa. On Monday the African Union announced it was suspending Burkina Faso’s membership until constitutional order was restored in the country.

While many of the most recent military takeovers were fueled by popular anger at the failure of elected governments to stem rising violence by Islamist and other armed groups in the Sahel, the vast region south of the Sahara, the prospect of a coup in Guinea-Bissau was less surprising.

In a statement noting its “great concern” about the gunfire, the Economic Community of West African States, the main regional body, condemned what it termed an “attempted coup d’état” in Guinea-Bissau, and warned it would hold the military responsible for the safety of President Embaló, and senior government officials.

A spokesman for the United Nations Secretary General, António Guterres, said he was “deeply concerned with the news of heavy fighting” in the capital, Bissau, and called for “an immediate end to the fighting and for full respect of the country’s democratic institutions.”

Reached by phone, several residents described growing unease about the gunfire, although in parts of Bissau many continued with their normal activities.

Mamadu Jao said he was at a market around midday when news of the gunfire spread by word of mouth. “For the moment everything is calm here and people are going about their business,” he said. “We heard there has been two deaths but we don’t know more.”