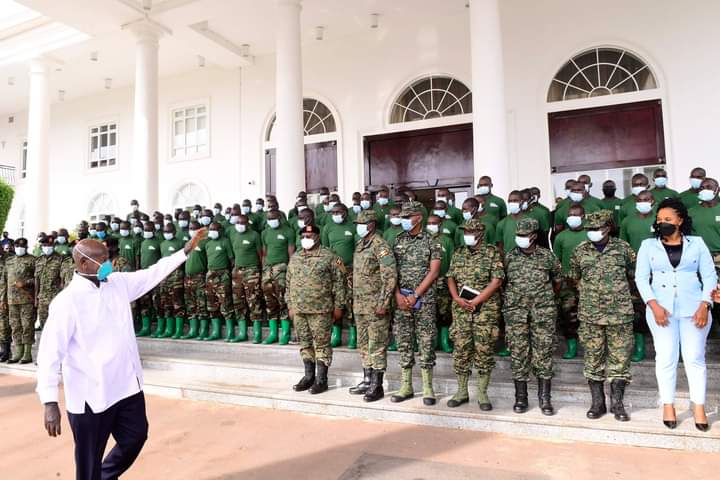 A day after failing to achieve the goal for which he sanctioned the secretary generals of political parties under the Inter-Party organization for dialogue (IPOD), Gen. Museveni has resorted to blackmail aimed at attracting the attention of the international community. The pressure in mounting on the Ugandan government as donors continue to press for accountability for the ongoing anarchy and lawlessness.

SEE ALSO: Acholi MPs threaten to ban NUP in their region over Oulanyah US protests

With torture, gross rights abuses and mass killings dominating the media this entire month in Uganda, Gen. Museveni sought to lobby for the cooperation of the opposition National Unity Platform party but his deal hit a snug after the secretariat remained hell bent on having any round table talks with him (Museveni). The veteran guerrilla leader knows he cannot have the good will of the international community unless he shows he is at peace with the political parties opposing his regime. Museveni had expected NUP to dispatch its representatives to attend the recent IPOD conference but his expectations never materialised. NUP insists that it will not dialogue with a regime that has murdered and abducted its members.

SEE ALSO: “NUP does not deserve any penny,”M7 fumes over IPOD boycott

Realizing that IPOD will not attract NUP, Museveni declared that he would mobilize his majority lawmakers to move a motion that denies defiant political parties like NUP any cash funds if they do not subscribe to IPOD. This still didn’t shake NUP and Museveni had to lay another strategy.

He and his strategists urged him to organize his own SFC and ISO members,  disguise them as ‘NUP leaders’ and disseminate the interface in the press to hoodwink the international community that he is in good terms with NUP.