“Kakwenza torture is a diversion from ADF war,”-Minister Baryomunsi 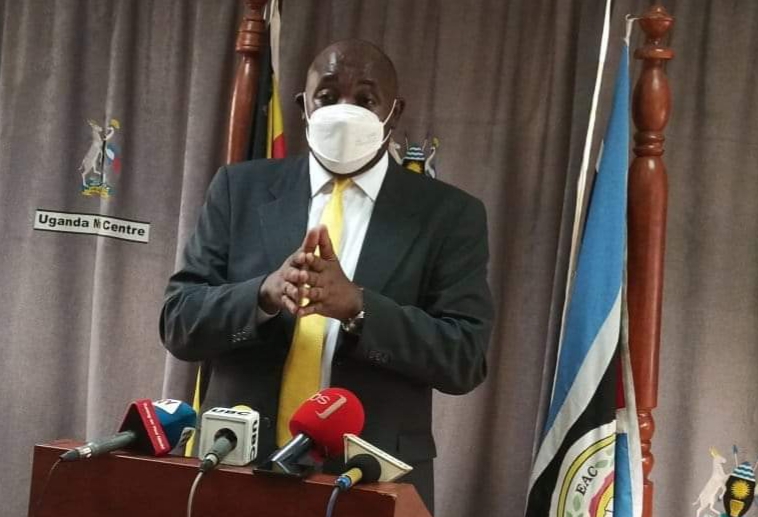 The Honourable Minister for information and national guidance Dr. Chris Baryomunsi says the torture of celebrated author Kakwenza Rukirabashaija who has taken a centre stage of media attention is meant to divert the public attention on the ongoing operation Shujja in the jungles of Eastern DRC.

While addressing a presser at the Uganda Media Centre, Baryomunsi said Kakwenza’s alleged torture is based o heresies and has no substantial grounds before the courts of law.

”If he was really tortured as he alleges, he would have filed a case with the court or police. He doesn’t have to go to media to lobby for attention,” Baryomunsi says. “Kakwenza is just doing gimmicks to win himself asylum. This is typical of all opposition supporters. You’ve seen Stella Nyanzi fake her own persecution to win Germany asylum. I’m sure Kakwenza is playing the same game. But I call on Ugandans to instead support our army in the DRC. Do not be diverted by these petty distractions,” he adds.

Baryomunsi also says his NRM government does not condone torture. He says if Museveni was very intolerant as claimed by the NUP supporters, then there would be no opposition in Uganda.

“We coexist with people of all political beliefs save for a few like Masereka Samuel who was in contact with the ADF. When you start involving in subversion, that’s when we come for you. But as far as I know, we are a multi party dispensation that’s why everyone is at liberty to support the party of his choice,” he says.