Among hires PR experts to clear her image 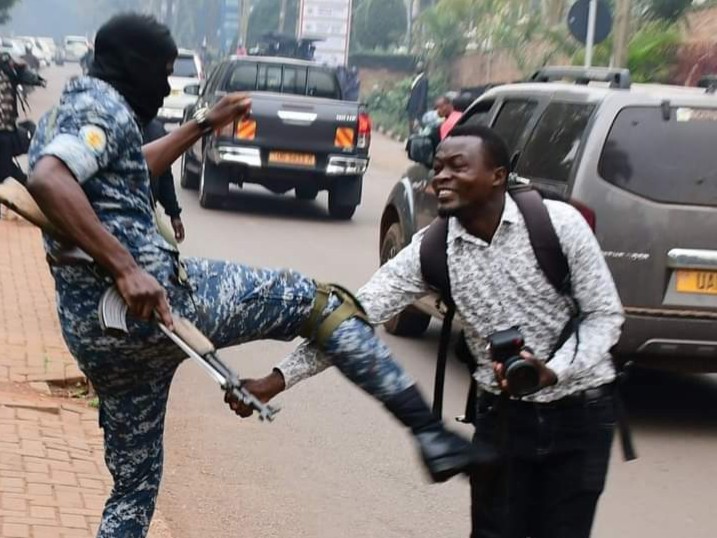 Following an eventful week that saw several protests from activists and human rights defenders condemning her for condoning torture acts, the Deputy speaker of parliament Rt. Hon. Anita Among has reportedly hired a team of Public Relations experts to clear her already tainted image.

SEE ALSO: More pressure on Among as unknown youths dump piglets near parliament

The week started with protesters under the Rubaga Social Justice forum decrying the Deputy speaker’s ruthless comments on torture victims. More protesters emerged as Tuesday saw a group of torture survivors flanking Among’s Nakasero based residence. To make matters worse, one of Among’s bodyguards was seen kicking the genitals of a Vision group journalist known as Lawrence Kitatta.

A day later, another unknown group dumped yellow painted piglets at parliament, an act that exerted pressure on Anita Among as she feared the worst could occur.

That act of kicking a journalist alone incited a huge section of the public with activists demanding that the speaker discloses the identity of her guard and surrender him for trial. However, Among declined to comment on the terrible actions of her guard and instead hid him from the media as she feared it would worsen the current situation.

Sources now say she today broke the bank and hired a team of PR experts to clear her ailing image. The team comprises bloggers and NBS journalists who will spearhead a Twitter and Facebook campaign. Amongst the given tasks, the bloggers and journalists will launch malicious attacks on Anita’s prey (Zaake) such that by the time his censure is reached, the public will have developed bias on him.