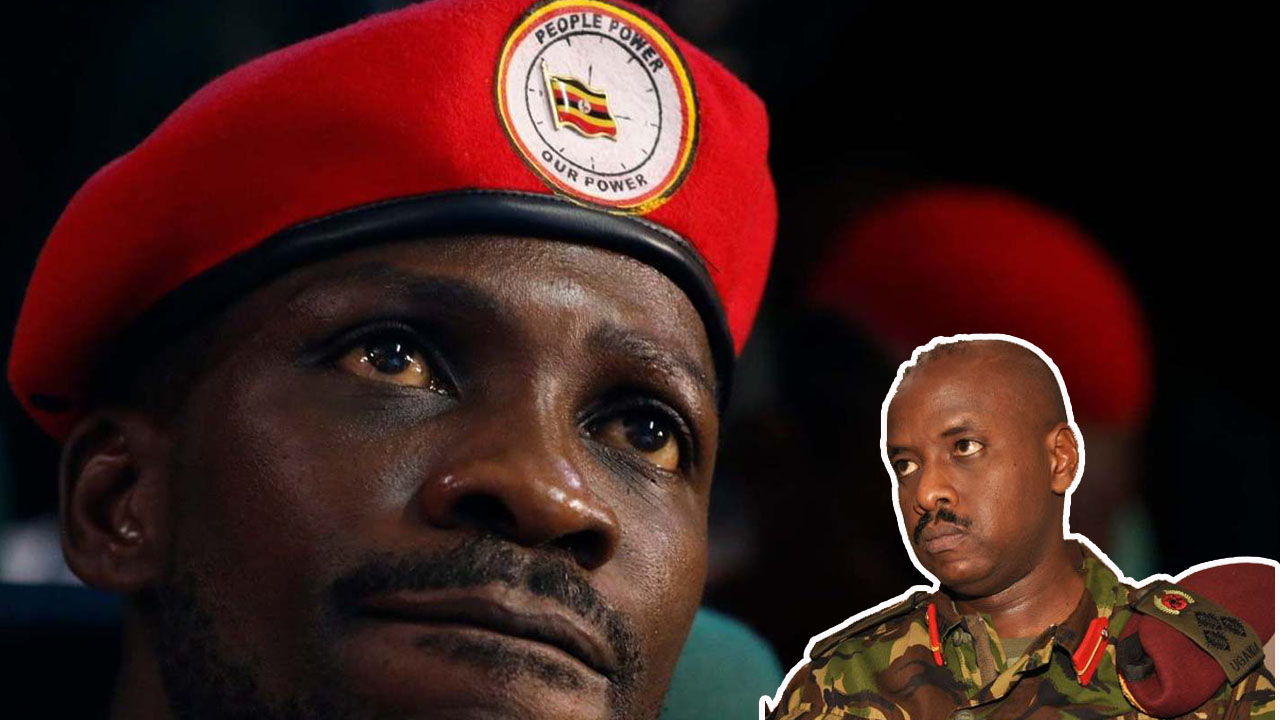 The National Unity Platform party president Kyagulanyi Ssentamu Robert says he is not in any way surprised by the tweet published by the Commander of Land Forces Lt. Gen. Muhoozi Kainerugaba in which he expresses support for Russian president Vladimir Putin.

In a social media post published this morning, Bobi explains why he believes Muhoozi, a violator of human rights has some rapport with Putin with whom they share a barrage of ideologies.

When the world is united in condemnation of the Ukrainian invasion, Museveni and his son are the few tyrants in support of the war, world over.

Ugandans are not surprised. There’s nothing better to expect from a man who finds pleasure in torture and constantly boasts of the many people he has murdered, especially unarmed civilians including women and children. From personally overseeing the torture of hundreds of our supporters, to murdering civilians in the DRC and other countries, Muhoozi is now praising the invasion of Ukraine! Why wouldn’t he? The same group invaded the DRC and committed grave atrocities. Ugandans now have to pay millions of dollars in reparations.

I hope the world now understands our long held argument that Uganda is ruled by brutal war mongers, whose DNA is finding pleasure in human suffering, to suit their political gains.

Alongside Ugandans of good conscience, we join the world to stand in solidarity with the people of Ukraine, more so, those who have lost loved ones, and the tens of thousands who are running out of their own country for fear of being murdered by invading forces. Muhoozi must be happy seeing little children sleeping in the cold, trying to find refuge from the bomb blasts.

I also want to acknowledge the heroic leadership of Ukrainian President, Volodymyr Zelensky. Zelensky is a former comedian and actor, who many political analysts dismissed when he contested for President. They castigated him for lack of experience in leadership. Thankfully because elections are free and fair in his country, he was overwhelmingly voted by his people. And today, President Zelensky has proven the skeptics wrong. He has earned the respect and admiration of the world for his courage in the face of such a storm. Muhoozi is definitely not happy that Ukraine has a democratically elected government!

Some people often ask us which side we stand on regarding international politics. Our answer is simple- we stand with justice, human rights and good. We stand with the truth! We stand with oppressed people all over the world, because we know what oppression feels like.

We shall be praying that the Ukrainian people triumph and emerge even stronger and more united from this crisis.