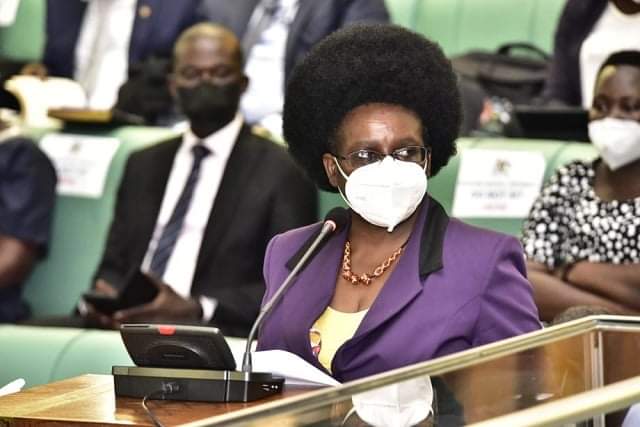 The Minister for Science, Technology and Innovation, also Museveni advisor on epidemics, Dr. Monica Musenero has this Thursday morning been summoned by the investigating parliamentary committee to explain herself after new details about her covid vaccine manufacturing facility have surfaced.

Hon. Kyoma Xavier Akampurira who heads the committee says the Minister has to return to parliament and account for the money that amounts to over UGX 31 billion. The investigations stem from evidence collected by Ntungamo municipality MP Yona Musinguzi who accused the heavily decorated veterinary scientist of misallocating billions of money she obtained from Museveni after luring him into an idea of domestically producing the covid vaccines.

Sources inside the probing committee say although Musenero appeared before the committee last year in November and denied the raised concerns, the committee established there was some element of misappropriation of funds.

“A few issues have come up and it would be justice to give her a fair hearing that’s why we want her to explain herself,” retorted a committee member. “We want her to clarify who the staff are and whether they are under public service,” the source adds.

Musenero was also asked to explain how her husband Prof. Michael Masanza was involved in the misappropriation of the UGX 31b but in response she asked the probing team to ‘leave her husband out of these issues’. Musenero is also faulted for UGX 7b from the Finance Ministry without the consent of the accounting officer in her ministry. She also allegedly reallocated some of the funds for the project without the permission of the permanent secretary or parliament approval as required by law.

When Butambala woman MP Aisha Kabanda asked Musenero to explain how UGX 8m procures just one rat, the under fire minister said these are transgenic mice of a rare breed. She added that they are genetically modified in high-tech processes and are not susceptible to COVID-19.

The outcome of today’s engagement with the Minister shall be published shortly when our reporter gathers sufficient details from the committee proceedings.