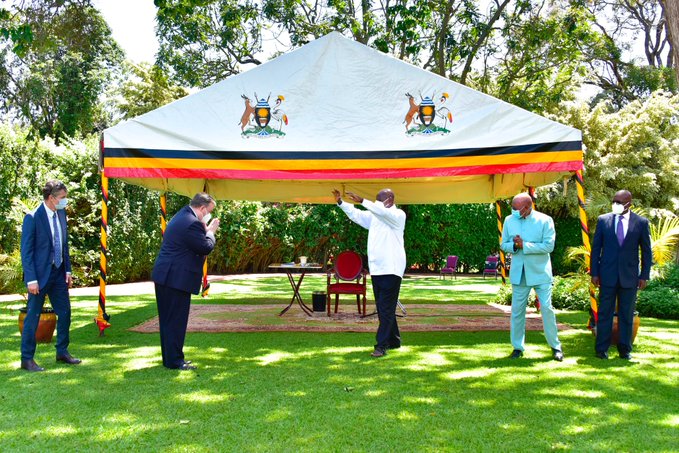 President Yoweri Kaguta Museveni today met the Russian Federation ambassador to Kampala, H.E Vladlen Semivolos day after the Kremlin leader Vladmir Putin reportedly ignored his phone call. Sources say Museveni’s phone call did not last for a minute as Vladmir as quoted by a source said he had ‘urgent engagements that could not wait’

It is said that Gen. Museveni, a key ally to Moscow on Tuesday evening called Putin moments after Uganda took a position of neutrality in a vote cast by UN member states during the General Assembly. Uganda was amongst the 35 states that abstained from a vote on Russian aggression, while 50 states backed Russia and 141 called for an immediate end to the war.

“This afternoon, I met H.E Vladlen Semivolos, the Ambassador of the Russian Federation to Uganda. We discussed issues of mutual interest,” tweeted Museveni an hour back.

While justifying Uganda’s position on the Russian-Ukrainian war, foreign affairs Minister Okello Oryem said Uganda holds bilateral ties with the rivalling Eastern Europe states and therefore by abstaining from giving an official position on the war, she is protecting her interests.