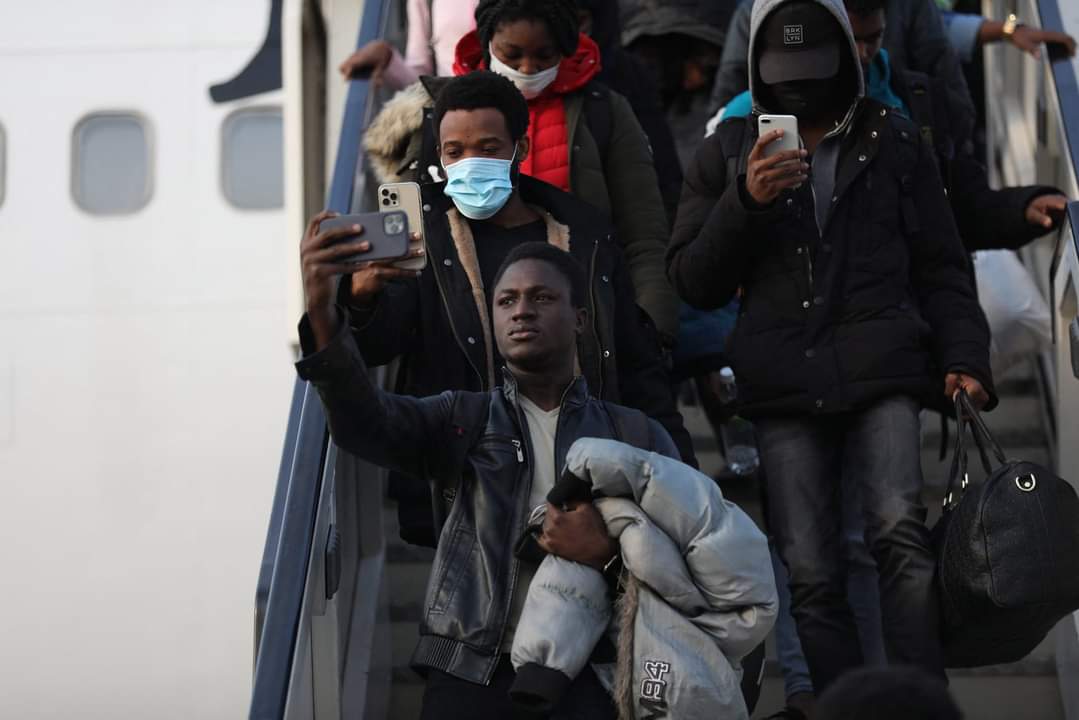 The Buhari administration today took steps and evacuated hordes of stranded Nigerian students who were held up in the raging conflict in Ukraine. The development has just been confirmed by Nigerian press reporting that the students ‘just got evacuated from Ukraine amidst the ongoing war between Russia and Ukraine’

They were disembarked from a chartered plane after landing at the Nnamdi Azikwe Airport Abuja, Nigeria on March 4, 2022. The first batch of 415 Nigerian students who were studying in Ukraine were flown back home on Friday, according to an AFP reporter at the airport in the capital Abuja.

Meanwhile, the Kampala administration urged the stuck Ugandan nationals who are believed to be 100 in number to consider following instructions from the hosting Kyiv administration according to an earlier statement conveyed by the Foreign Affairs Ministry. However, in a twist of events as the conflict worsens, Kampala has now called on her locals to consider flanking the embassies of the East African Community members for safety. A statement read by the foreign affairs minister Henry Okello Oryem urged the stranded Ugandans to seek refuge at the EAC member states embassies where they shall get the necessary support. Oryem also in  press comment challenged the Lwemiyaga county MP Theodore Ssekikubo to table the list of the stranded nationals in Ukraine. He shifted blame to Ugandans who decline to register their presence with Ugandan embassies in the countries they flee to.

This comes at a time when Uganda maintained neutrality in a UN vote cast by member states seeking to rebuke Russia’s invasion of Ukraine territory.

Despite holding bilateral ties with Ukraine, Uganda does not have a consulate on Kyiv soil but rather has an embassy in Moscow. This perhaps is what has implored her to task her stranded nationals to seek refuge in EAC member states embassies in Ukraine.