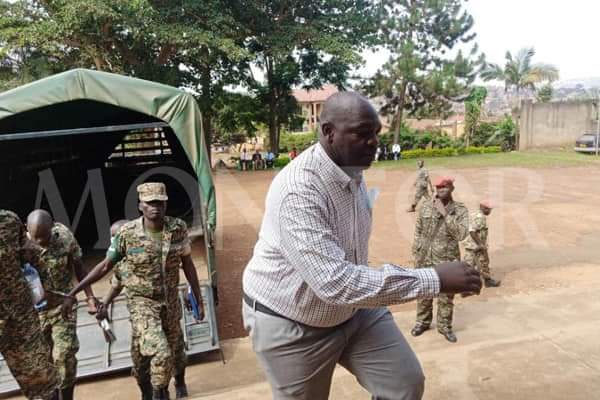 Nixon Agasirwe, a prime suspect in the March 2017 shooting of the former police spokesperson ASP Andrew Felix Kaweesi has this Monday morning attained bail at the general court martial after spending for years on remand at Makikdye military barracks.

Agasirwe, formerly a commander of police special operations, hit the spotlight in 2017 following his eventual arrest alongside his boss, then Inspector General of Police Gen. Kale Kayihura.

Agasirwe and his then boss Kayihura were involved in a chain of criminalities especially the extradition of Rwandan nationals whom they would forcefully abduct and repatriate to Kigali for persecution. In the deal, Agasirwe,e ex CPS RPC Siraje Bakaleke and Kayihura would receive a mouth watering amount of money from the Kagame administration to enable them run the clandestine operation.

Agasirwe was the only high ranking senior police left in the case out of the nine who had been indicted. His co-accused are;PSU head Joel Aguma, Benon Atwebembeire, Abel Tumukunde, Faisal Katende, James Magada, and Amon Kwarisiima.