Among purported Zaake apology is a consolation blackmail, says whistleblower 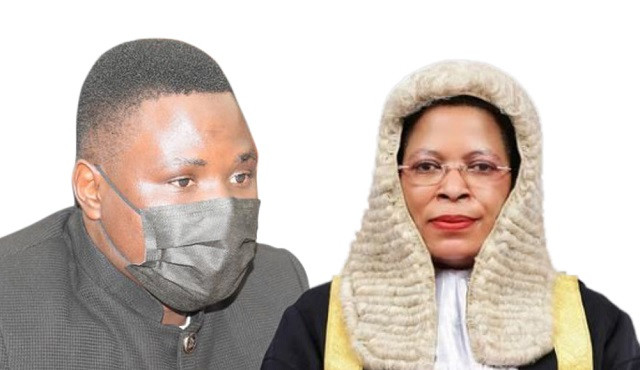 A whistleblower who has asked to be put off record says the alleged Zaake private apology to the Deputy Speaker Rt. Hon. Anita Among is a fabricated blackmail orchestrated by her media handler, Joseph Sabiiti.

The whistleblower says Among is still not at peace with the fact that Zaake declined to bow down for her despite all the pressure she imposed on him to provoke an apology from him.

“Even when she referred the issue to the rules, privileges and discipline committee of parliament, she was buying time to compel an apology from the firebrand NUP leader,”says the source. “Zaake’s resilience and solidness has really left the Deputy speaker in utter shock. Never had she seen an opposition leader who is as solid as Zaake. She thought the impeachment threat would shake him,” the source adds.

It should he recalled that late February, Among and her team resorted to malicious blackmail with an intent to place Zaake’s credibility in contention. They replicated a photo in which she and other commissioners met the Belgian ambassador last month. Among cropped out one of the Commissioners and left herself alongside a humbled Zaake to project a narrative that the Mityana strongman personally approached her to express remorse for his alleged offensive tweets in a bid to retain the commission slot.

The apparent narrative as claimed by URN journalists who reportedly got a UGX 3m bribe from the Deputy Speaker, a March 13 story titled ‘Deputy Speaker rejects MP Zaake’s private apology’, the story corroborates with the weekend allegations by Among’s media handler Joseph Sabiiti as he featured on NBS Morning breeze where he alleged that there were behind the scene efforts to save Zaake from impeachment. Today, URN Journalists were caught off guard and traded the Deputy Speaker’s unverified narrative. In fact their efforts to retrieved a comment from Zaake did not materialize as he upon knowledge of their agenda declined to pick up their repeated phone calls.