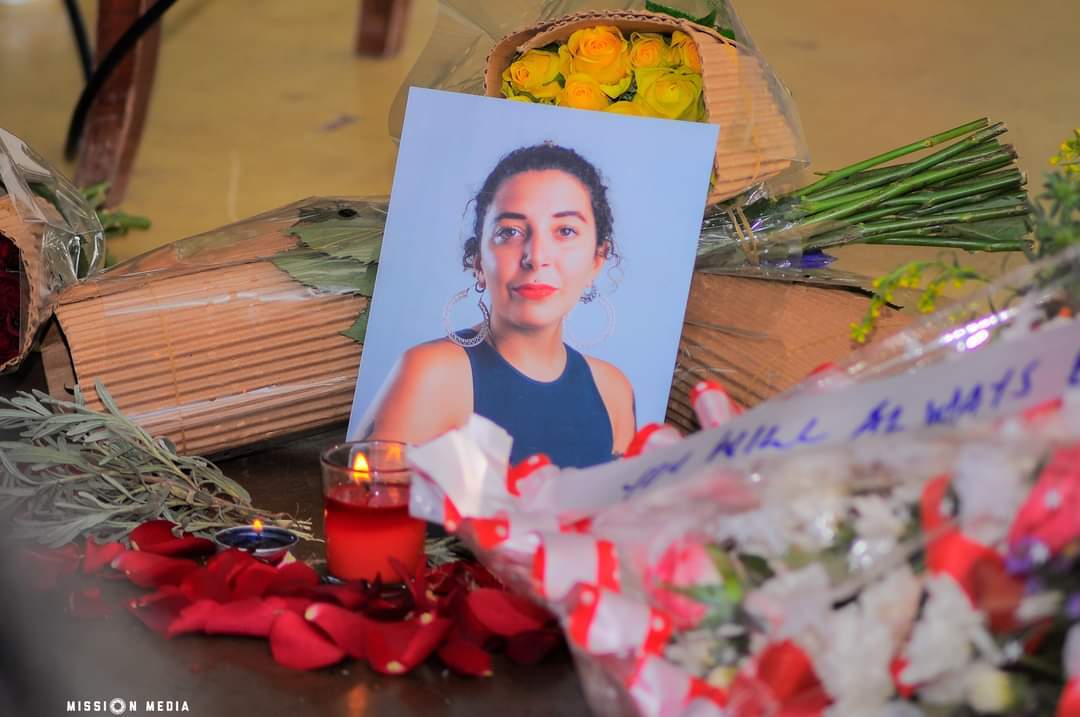 Uganda Police Force’s refusal to surrender the body of the killed photojournalist has attracted a widespread outrage from relatives and friends to the slain international photojournalist Sumaya Carrasco ‘Sumy’, who and her driver mysteriously passed on in what police termed as an ‘accident’.

The tragedy occured in Kiryango district along Gulu-Kampala Highway on March, 7. The wreckage of the Toyota Rav 4 vehicle was towed to Kiryandongo district Central Police Station where it remains todate. A week into the tragedy, the driver of the said truck that knocked Sumy’s vehicle remains at large with no chances that police will apprehend him.

Mourners who have been attending the vigil of the slain journalist say they have not been granted access to her remains.

“Sumy’s body, an international journalist who was killed by the dictator in a planned accident in Kiryandongo and her driver are missing,” Kawempe female Lord Councillor Nusifa Nakato who attended the vigil said. “Police is saying theyill hand over ashes to the family, after the cremation,” she added.

Several people believe that this accident could have been deliberately planned since the deceased Sumy has been a prime target of the NRM regime. At the climax of the heated 2021 general elections, Sumy whose camera largely covered the campaign trail of NUP party presidential candidate Kyagulanyi Ssentamu Robert was labelled to be a CIA agent. She was nearly deported till her news agency intervened to her rescue.