Oulanyah daughter asks Among to vacate his sick bed 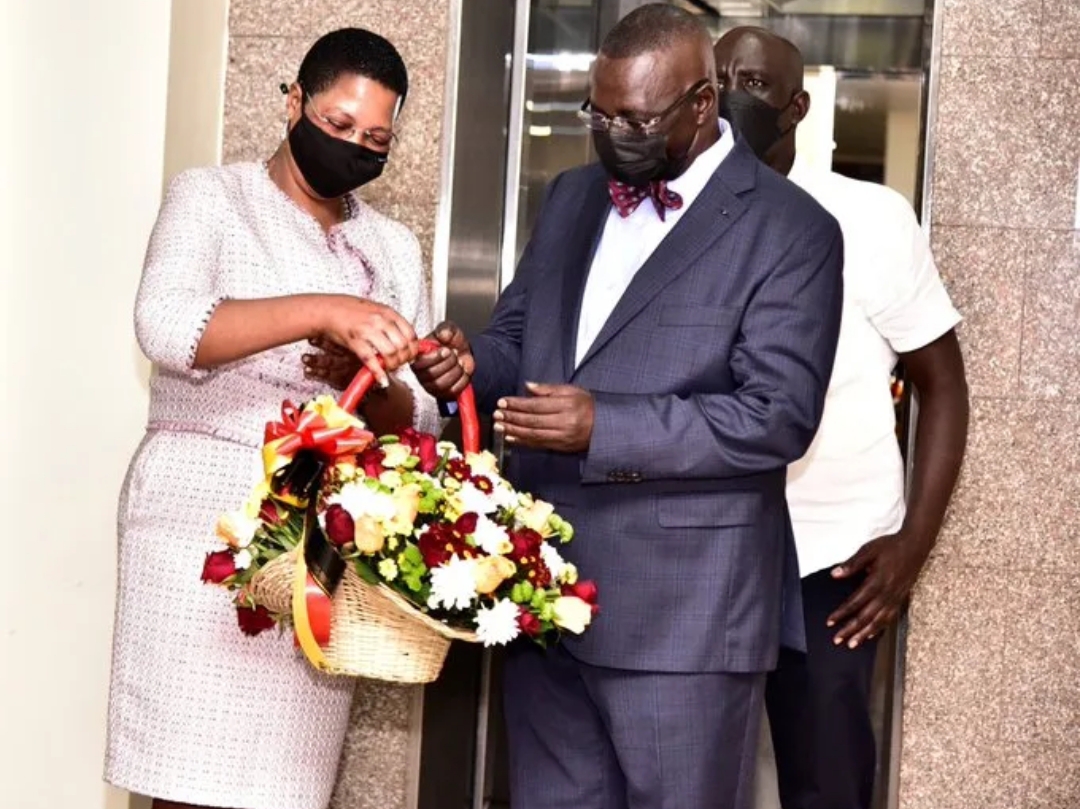 Reports from Seattle indicate that one of the daughters to bedridden speaker of parliament Rt. Hon. Jacob Oulanyah has reportedly asked his deputy, Anita Among to vacate the hospital sickbed where her father has been since February, 5.

Oulanyah’s ex wife, Winnie Amoo Okot divorced the bedridden speaker following a High Court ruling that annulled her marriage with Oulanyah. She was later awarded custody of her kids and $600 monthly support from Oulanyah.

However, one of Oulanyah’s daughters is angry with Anita Among whom she claims has a hand in the ailment that has reduced her father to the apparent unconscious state.

“I don’t concur with the idea of this woman (Anita Among) being close to my dad. I want her to leave now,” Oulanyah’s daughter shouted at her peak. “She poisoned my father for politics. She wants to succeed him in office. Let her go and be speaker of parliament. She has won. We don’t want her office anymore,” the daughter yelled at Among who kept calmly looking on in deep shock.

Her uncle Chief Justice Alfonse Owiny Dollo meddled and restrained the infuriated girl from using what he thought is ‘disrespectful language’. “My girl, I understand what you are going through but please let’s all focus on dad’s situation,” Dollo told Oulanyah’s daughter. “Auntie (Among) cannot hurt you or your dad,” Dollo added.

Meanwhile, Mao who is also in Seattle is reportedly suffering severe hiccups, a condition that has worried Among’s entourage with some suggesting that the DP man gets returned back to Kampala to save the team from entering more expenses.