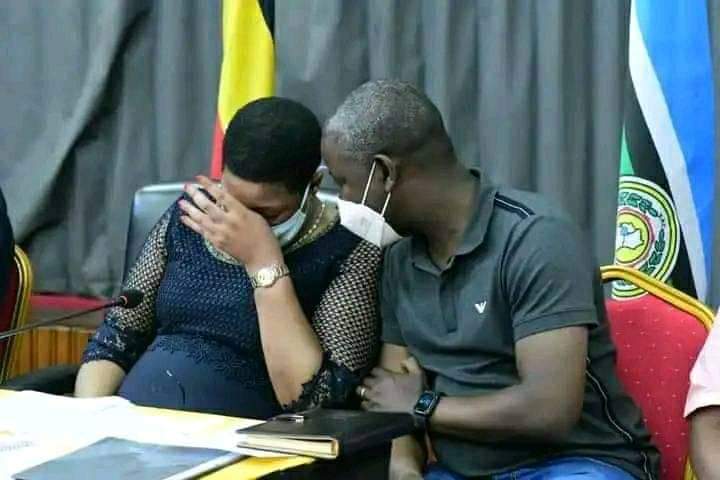 The father of the deceased Speaker of the eleventh  parliament Rt. Hon. Jacob L’okori Oulanyah, Nathan Okori has said his son did not die of natural causes as insinuated by the NRM government and insists that he was poisoned.

SEE ALSO: EXCLUSIVE: Among campaigned for 4 months to replace Oulanyah

Okori was quoted telling a handful of mourners at their ancestral home in Omoro District saying thay Oulanyah’s death is not easy news to welcome insisting that his son was poisoned by a team of Government Mafias and that whatever people will say, it should not distort the information they have.

He adds that his son revealed the cause of his illness which suddenly began manifesting publicly after he became speaker last year in May before travelling for specialised medical care in the US.

He adds that Oulanyah called him ad promised him certain things. He however doesn’t say who may have planned his son’s death or why but inside sources privy to him say he pin points at the current Deputy Speaker Anita Among.

The information minister Dr Chris Baryomunsi has since disregarded the poison claims saying they should await for the official post mortem report. Similar contestations occured at the time of the death of the ex police Deputy IGP Paul Lokech whose relatives also dispelled the NRM government report.