Kakwenza speaks out on warrant, asks Muhoozi to fund his air ticket 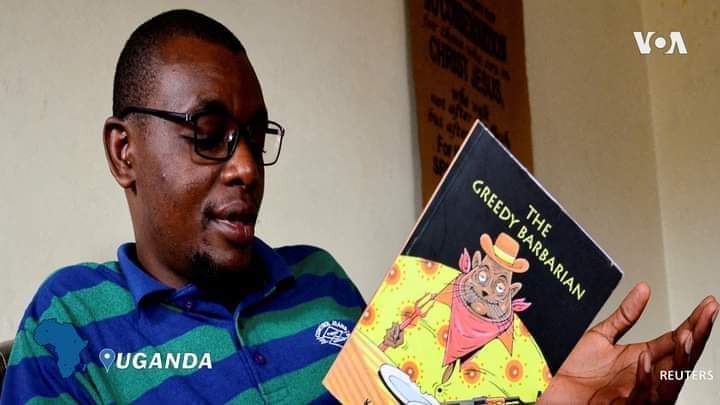 Buganda road court magistrate Dr. Douglas Singiza this afternoon issued an arrest warrant for celebrated novelist Kakwenza Rukirabashaija for evading court proceedings yet he was granted bail on a number of grounds including medica. Kakwenza who smartly fled to exile in Germany has asked the first son Lt. Gen. Muhoozi Kainerugaba to facilitate his air ticket and travel costs for him to return to court in Kampala.

“Muhoozi should send me transport money via Western Union, together with my passport then I will appear in court,”tweeted Kakwenza Rukirabashaija.

Meanwhile, the court has asked Kakwenza’s sureties to pay UGX 10m each after failing to produce Kakwenza in court today.

Amongst the sureties includes NUP SG David Lewis Rubongoya whom the lawyer told the presiding magistrate that he is engaged with the party which is to give a comment on the ongoing race for speaker. The other surety, Ashaba Annah, a teacher at Kololo SS has applied to withdraw herself from the list of sureties.

Kakwenza reportely left the country in early February via the Rwanda border. His exile followed a series of torture episodes meted out on him by the elite presidential guard dubbed the Special Forces Command. Kakwenza also says the first son Muhoozi participated in his torture.