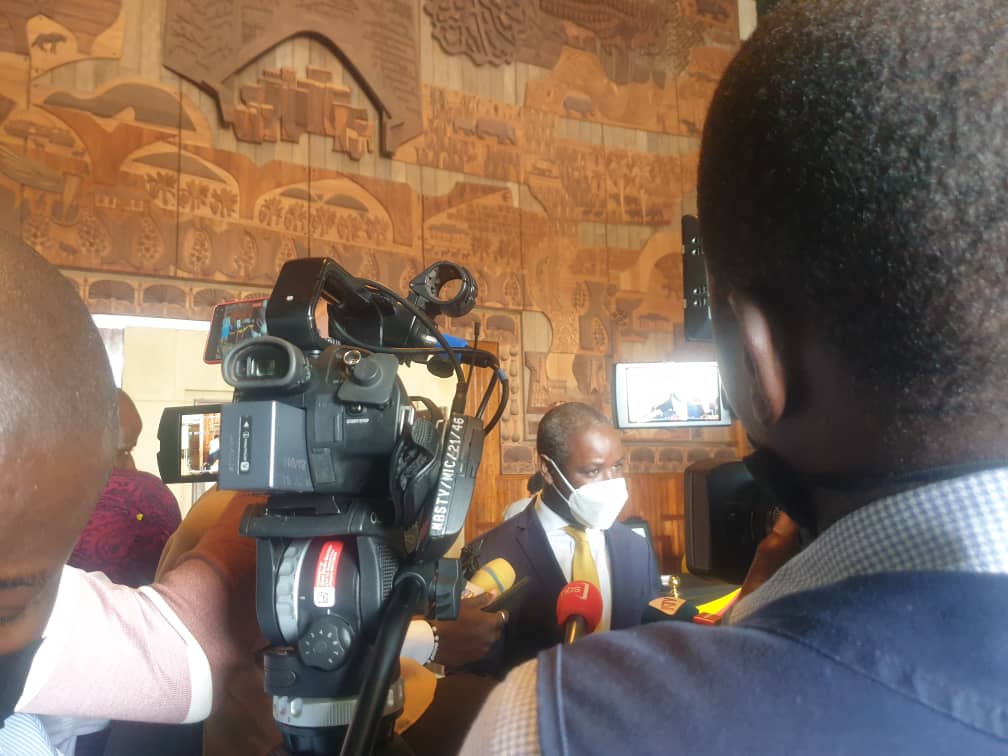 The NRM government chief whip Hon. Thomas Tayebwa has called for the amendment of article 82 which stipulates that an immediate election is held soon as the incumbent speaker dies. Tayebwa was rebutting to complaints from the public which has castigated the NRM party for ‘unfairly’ handling the crisis of the deceased speaker with many suggesting that much more emphasis would have been laid on mourning him other than immediately pursuing his replacement.

Addressing press at parliament, Tayebwa said, “There are many Ugandans who think we are unfair, personally I feel they’re correct. We were with the Chief Justice Owiny Dollo yesterday at the vigil and he expressed his concern on the same. Even Mao disputed the article but the CJ justified its constitutionality,”Tayebwa retorted. “We recommend that at least this question is resolved in 60 days next time such a tragedy happens. The CEC meeting will today sit at state house Entebbe to scrutinize through and get a suitable speaker,” he said. “We want to make a decision that will not paralyze the institution. For now we want ensure that whatever we do, we do it with dignity and respect for our senior colleague who is watching us. We’ve not yet even received his body. As the NRM caucus we shall come up with a coverted mind,”he said.

On having many candidates who’ve expressed interests and the tribal sentiments, Tayebwa says voting should be on merit.

“I didn’t hear anyone complaining when the head of the judiciary institution is an Acholi, when the head of legislature has been an Acholi, and even our own NRM party SG if an Acholi. I think people should be considered on merit,” adding “Why don’t you instead choose one of the best amongst you (APG) and front him or her for the position other than lamenting and playing the tribal card. The speaker shall serve the entire nation, not a given tribe. No position should be ringfenced for a particular tribe.We are not short of options. Was impressed when just one day attracted 13 potential leaders.”