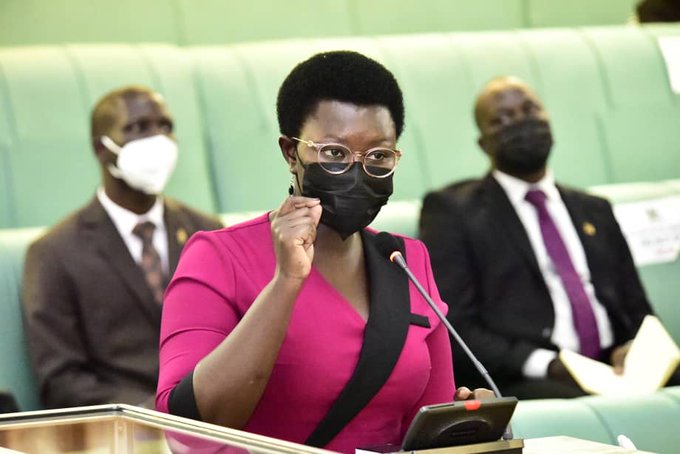 Aber over the weekend spoke on the airwaves of one city radio asked the NUP leadership to condemn the February protests in Seattle allegedly conducted by their supporters who were opposed to the idea of according Oulanyah VIP treatment on taxpayers money.

She said the protesters were clearly wearing NUP party symbols with the red beret affiliated to the party affixed to their heads as they held placards and shouted outside the hospital premises.

Aber says Bobi takes the burden as he failed to rein into the actions of his ‘supporters’ and therefore he has to consider condemning them or else recuse himself from the looming burial in Omoro district.

“Those were NUP supporters without doubt. Bobi must come out and apologize to the Acholi community,” Aber, formerly and FDC youth stated. “If he does not want to apologize then we are very sorry for what shall happen to him. He will not cross Karuma,” she added.

Meanwhile, the Chief Justice Alfonse Owiny Dollo who holds similar views that NUP supporters are to blame for Oulanyah’s death following their protests to sabotage his treatment, has not offered any apology to Buganda kingdom yet.

Sworn NUP critic and Bobi hater, Norbert Mao has not offered any red line to Bobi unlike Lillian Aber who has so done. In fact, Mulengera news outlet has reported that Mao has cleared Bobi to attend the burial.