Understanding the politics behind attacks on NUP MP Zaake 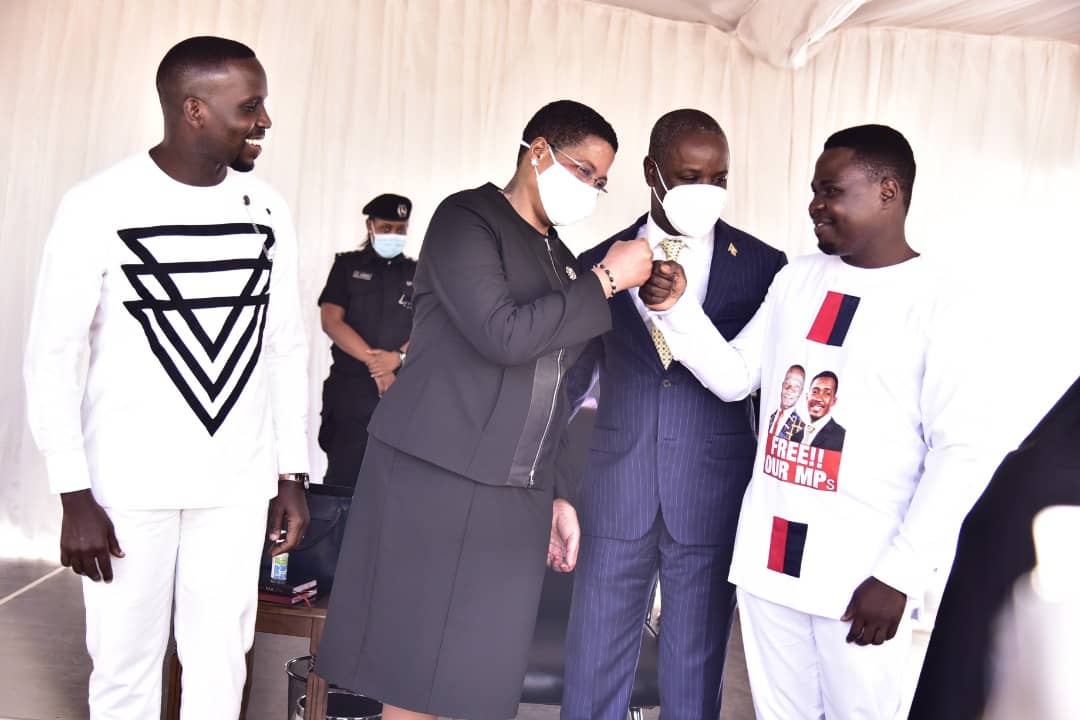 One wise man once said that “if you want to stand for the truth, be ready to stand alone”, and this exactly is what the Mityana municipality legislator Zaake Francis Butebi has been inclined upon for all the past weeks when he became the centre of conflict as the custodian of the house, Jacob Oulanyah was being eaten up by an ailment in Seattle, US.

Well known for his defiance and ‘take no prisoner’ approach while engaging the Junta and its allies, Zaake who remains an icon of the true notion of the People Power declined to tender in his apology to the Deputy Speaker Rt. Hon. Anita Among with expectations that the entire opposition MPs especially from his own NUP party would stage a spirited fight in solidarity with him. It however turned out the contrary as Zaake ended up being isolated by his fellow NUP MPs some of whom were already negotiating with Among to speed up the censure so that they take over his Commission office. While Zaake was doing revolutionary politics, his colleagues who were going back door were rather doing the politics of interest. In that very week for instance the Leader of opposition Mathias Mpuuga Nsamba without a justifiable reason fled to Zambia and delegated his duties to Hon. Muwanga Kivumbi. It should be noted that at the time, the LOP was to spearhead the mobilization of names of torture victims but to-date, the lists are still a mystery. On the other hand, Hon. Muwanga who was the acting LOP at the time of Zaake’s hounding was rather trading a narrative that the Mityana municipality MP was looking at apologizing to Among. Majority NUP MPs did not make any solidarity posts or statements on their social media handles save for the party president H.E Kyagulanyi Ssentamu Robert aka Bobi Wine and a few people at the secretariat. Even by then, NUP spokesperson Joel Ssenyonyi never made any social media solidarity statement save for a few news bytes admitting that Zaake had disparaged the speaker and therefore had to express remorse even though he had been hurt deeply. The Deputy spokesperson Alex Waiswa Mufumbiro was the loudest in defending Hon. Zaake’s approach to silencing the speaker. Waiswa on multiple TV shows expressed solidarity with Zaake while majority NUP MPs were negotiating to replace him.

The president declined to hear anything like replacing his revolutionary colleague and gave him an additional chance to ‘seek justice’ in the courts.

Sadly, this is the time when a tragedy befell the public as the Speaker Jacob Oulanyah died on March, 20 in Seattle. This alone changed all odds of Zaake’s chance to acclaim justice as it paused the operation of most institutions of government. The head of the judiciary Alphonse Owiny Dollo was with Among who heads the legislature. By all means, it was difficult for Zaake to attain justice and even Oulanyah’s death by default meant Among would replace him.

With the NUP MPs hell bent on isolating Zaake of course lobbying to replace him, and chances of winning the constitutional court falling, other factors held constant, the event at Kololo independence grounds which were in public space was the only chance for Zaake to make amends. In a Saturday post by Joel Ssenyonyi explaining the events, it actually turns out that Among was the one who approached the NUP camp to ask for their support for her speaker bid.

The apparent attacks on Zaake are simply being fuelled by politicians who want to discredit him from his principal Hon. Kyagulanyi, and the public that had trust in him. The politicians want Zaake to even lose the party solidarity so they can now easily take over his position. It turns out that everything is scripted. Ill intentioned politicians in the party are said to be inciting opinion leaders to demonize Zaake without even giving him a chance to explain himself. They are unbothered by the message he wore on his shirt that day that calls for the release of NUP MPs Allan Ssewanyana and Muhammad Ssegirinya.

The NRM gains from what is ongoing at the moment since it has even already failed to account for the actual cause of the death of Oulanyah .