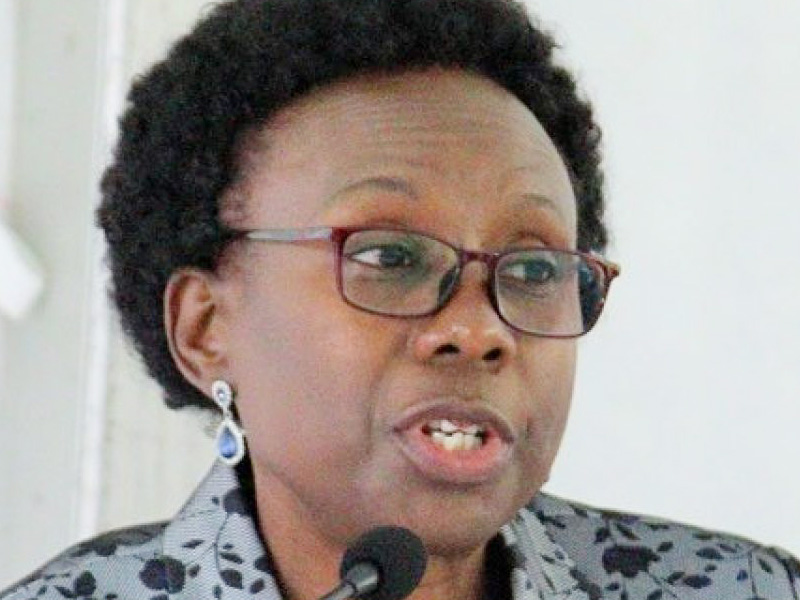 The Health Minister Dr. Jane Ruth Aceng has come under fire after presenting an outdated policy statement for the financial year 2022/2023.

Dr. Aceng who seemed unprepared having spent most of her time in the US by the sick bed of the deceased speaker Rt. Hon. Jacob Oulanyah was busted by NUP law makers during the Tuesday plenary.

SEE ALSO: Among tells Kadaga to apologize to parliament

According to Butambala County Member of Parliament Muwanga Kivumbi and Dr. Timothy Batuwa, the Health Ministry only changed the cover page of the Ministerial policy statement for the current financial year. The MPs further warned that there may be serious reprisals arising from the fraudulent document and guided Dr. Aceng and her officials to rectify the document and have the one they submitted withdrawn instantly.

At the time of her departure to Seattle, the acting speaker Anita Among had directed all the government cabinet ministers to submit their ministerial policy statements to parliament ahead of the 2022/2023 budget. Several has complied save for about 4 ministers who had failed to submit on time.