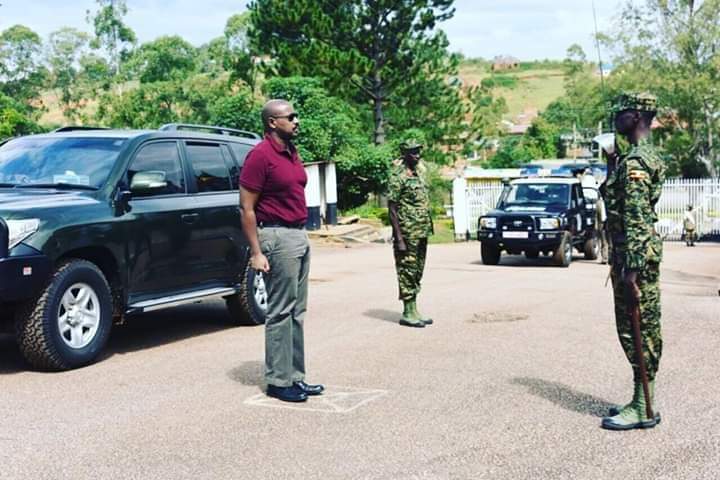 The Commander of Ugandan Land Forces also son to Museveni, Lt. Gen. Muhoozi Kainerugaba over the weekend instructed the Ugandan immigration authorities at Entebbe Airport to deport a one Robert Mukomboozi, a renowned critic of the Kagame administration.

“General Kayumba, I have warned you enough. You are playing with my country and the results will be terrible for you. RNC has absolutely no space in Uganda,” Muhoozi Kainerugaba says. “General Kayumba, please try to respect the Republic of Uganda. We have made peace with Afande Kagame and Rwanda. Try and respect that. We sent you your man last night,” Muhoozi adds.

Mukomboozi was immediately tasked to return to the next flight and return to wherever he was coming from. Robert was formely a journalist with one of the local Ugandan newspapers. He has lived and worked in Kampala since his escape from Rwanda after criticising the Kagame administration and disregard for rule of law and constitutionalism.

Kayumba Nyamwasa is a Rwandan former Lieutenant general who formerly was the Chief of Staff of the Rwandan Army from 1998 to 2002. He was also head of Rwandan intelligence from 1998 to 2002 and served as Rwanda’s ambassador to India between 2004 and 2010. Nyamwasa has been an opposition leader in exile since as part of the Rwanda National Congress

In 2010, Nyamwasa survived an assassination attempt in South Africa. He was shot in the stomach but managed to survive. Several people arrested after the shooting were found to be Rwandan. Kayumba was recorded to have said that Kagame wants him dead because he challenges his dictatorial views.

Nyamwasa’s wife stated that the attack was politically motivated. Al-Jazeera reported that “Rosette said they were in the parking lot of their home and a man came to the side of the car with a pistol and shot at her husband who managed to get out of the car and then there was a scuffle. The driver of the car then chased the assailant away.