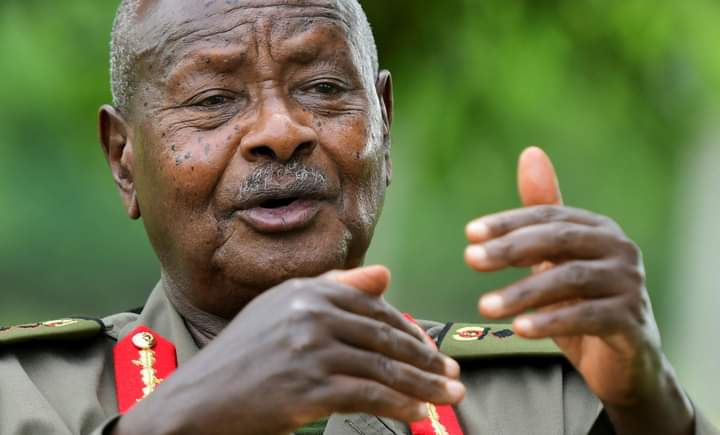 With the dementia levels pitching and what appears to be a replica of a tragedy in which he appointed a man who had died a couple of years back to be RDC, Museveni has yet again shocked the country in Luweero district where he appointed two different people to occupy the office of the Resident District Commissioner.

Juliet Najjuma, the outgoing RDC while officiating the hand over was left in total confusion over to whom exactly she was to surrender the office. When she tasked the duo to present their appointment letters, both had them in possession and surprisingly indicating they had been posted to the same jurisdiction.

However during the fall out, a phone call from the office of the president was made tasking Faheera Mpalanyi to return to Kampala for assessment of her appointment.

In total disappointment, Faheera said she had already handed over her office in Kiboga only to come to be humiliated in Luweero.

It should be noted that a few days back, the appointing authority headed by the Minister for Presidency Milly Babalanda was accused with gross corruption tendencies whereby the office was awarded to the highest bidder. Kasambya county MP David Kabanda accused Babalanda with soliciting for a minimum of UGX 20m from those applying for the office of the RDC adding that she only appointed those who could afford the price. The same Minister was said to have appointed her own relatives into the office of the RDC and posted them to various locations.