Bobi to speak at Geneva conference 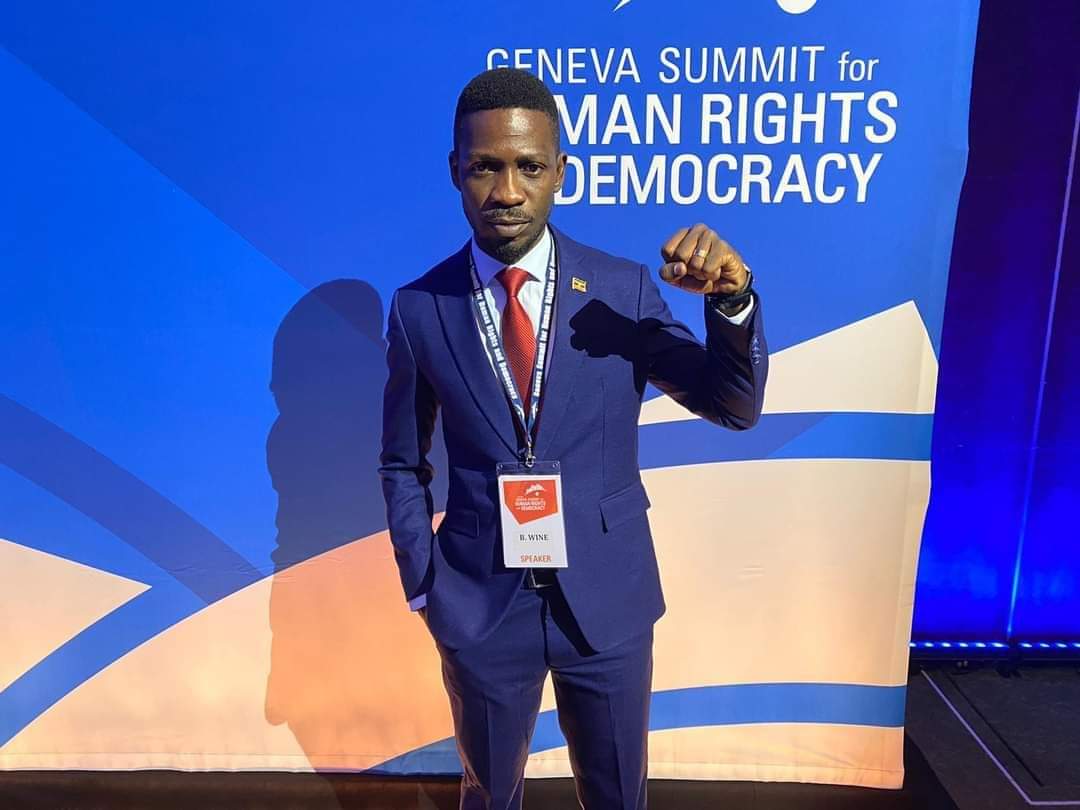 The National Unity Platform party president Kyagulanyi Ssentamu Robert who on Sunday travelled to Geneva, Switzerland is to participate in the 2022 Geneva Summit For Human Rights and Democracy that is scheduled to take place today Wednesday, 6th April.

For at least 10 minutes, Bobi will address the Summit and share his personal experiences and perspectives on the theme ‘How To Topple A Dictator’.

The Geneva Summit shines a spotlight on urgent human rights situations that require global attention. It gives human rights defenders, activists and former political prisoners a platform to testify about their personal struggles for democracy and freedom, while building an international community to take on dictatorships.

Bobi Wine, 40 has in the previous general elections challenged Ugandan tyrant Yoweri Kaguta Museveni for the presidential seat. Wine believes he won the polls with over 54.19% of the total cast votes but his victory according to him was grabbed by the Electoral Commission and given to Museveni. Since his ascension to the political arena, Bobi has been subjected to a series of persecutions including house arrests, ban from music concerts, and the detention of his supporters. Bobi has often times appealed to the European Union and Western democratic states to consider cutting aid to the Ugandan government over its gross rights violations. His calls have however not bore fruit even when donors contend that indeed the administration in Kampala is presiding over a reign of terror on the dissenting civilians.