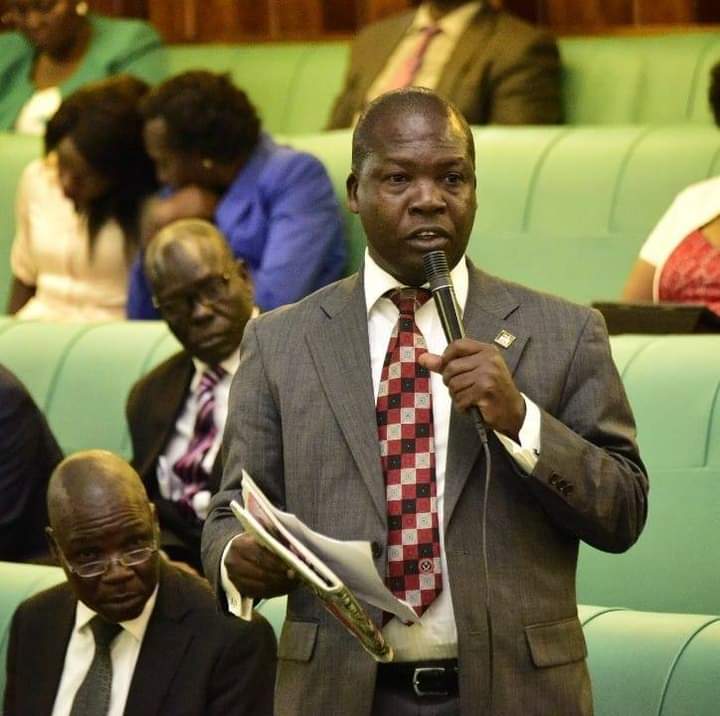 The Busia municipality Member of Parliament Geoffrey Macho has called on the soul of the fallen speaker Rt. Hon. Jacob Oulanyah to forgive all the protesters who participated in the February demonstrations in Seattle.

Macho contends with the verdict of fellow MP Dan Kimosho who attributed the death of Oulanyah to the said protests which he says conflicted his chances of survival.

Macho based on those grounds to request the fallen Oulanyah to pardon all those protesters and their ‘principals’. The same thought had been harboured by the Chief Justice Alfonse Owiny Dollo who partially blamed the Seattle protesters for catalysing the demise of the then sickly Oulanyah. An infuriated Dollo crossed the line and ended up attacking the person of the Kabaka His Majesty Ronald  Muwenda Mutebi II prompting him to bow down to pressure and tender in  an apology.

“I request the late Oulanyah to forgive the principals of NUP who encouraged their people to demonstrate while you were at hospital in Seattle. Forgive them ao that they know what they did was wrong and they shouldn’t do it again,” Busia MP Macho says.

However in yesterday’s plenary session to honour the fallen speaker, Kiira municipality MP Ibrahim Ssemujju Nganda made it clear that the protesters were not witch hunting the speaker as depicted by the NRM politicians but rather echoing their voices to the Kampala administration to fix the health system so that citizens of Uganda can access decent medical attention. The same thought was well detailed in a featured piece authored by the NUP principal on Tuesday in the Daily Monitor paper.