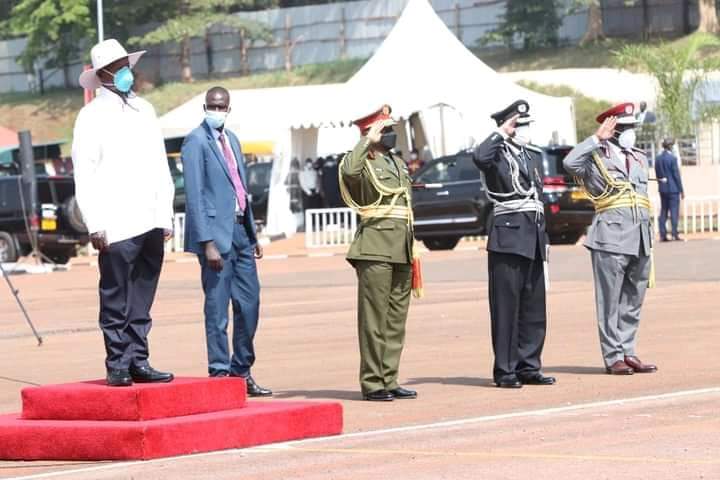 The Commander in chief of armed forces also the chief mourner of the fallen speaker of parliament Rt. Hon. Jacob Oulanyah, Museveni has called on his colleagues in the NRM to shun competing for the speaker position.

Museveni says even during the speaker by-election that followed the death of Oulanyah, he discouraged one of his cabinet ministers from competing in the tight race.

“You shouldn’t bid for Speakership if you’re not healthy. It’s a heavy position. You spend the whole day singing ‘point of order’ and so on,” Museveni remarked.

“Health is wealth but also a weapon of struggle,” he added.

Museveni adds that he had no idea about the speaker’s deteriorating health till the ailment hit its final stages.

“If I knew he was sick, I would not have allowed him to do that hectic politics. He had to handle the people of Omoro and then parliament,” he says. “I came to know about Jacob Oulanyah’s health problem when he went to Dubai for treatment. If I had known earlier, I would have told him to concentrate on his health. He was busy involving himself in his work,” he adds.

Museveni further cautions Acholi leaders who are allegedly politicizing the death of the speaker. “I hate that northern talk, stop it! Oulanyah was Speaker of Uganda not Speaker of northern Uganda. Those opportunists talking of the north should stop, they are looking for cham cham (to eat),” Museveni says.