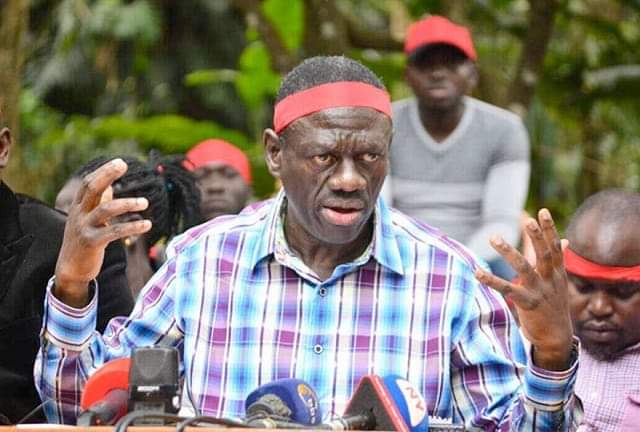 Former Forum for Democratic Change president Rt Col Dr Kizza Besigye while speaking to an American based Ugandan journalist Remmy Bahati during a one on one interview said that it’s time for Ugandans to forget about elections as a means of forcing regime change but rather should join hands in a peaceful demonstration campaign that will freeze Gen Museveni and his government later making it collapse.

Besigye said under the current circumstances, elections cannot work because Gen Museveni controls every department of government with the Electoral Commission Uganda inclusive and thus no result can be announced when its not in his favor.

The four time presidential candidate added that peaceful means like civil disobedience is the way to go and thus he calls up all Ugandans to join him in the campaign that is to start soon to storm the streets and express their dissatisfaction about how the country is being governed.

Besigye says this will freeze the economy first of all and later force those in power to surrender even without firing a single bullet.

” if we join hands, we can kick Museveni out. We are going to use civil disobedience which is allowed by law. Museveni will definitely surrender,” Besigye remarked.

Besigye however said that for this to be successful, the opposition leaders need to join hands in this struggle for freedom because a united force is hard to defeat.

In October last year, Dr. Besigye launched a pressure group dubbed the People’s Front for Transition and pledged to kickstart nationwide protests in January 2022 but this has since never been the case leaving very many of his followers puzzled.