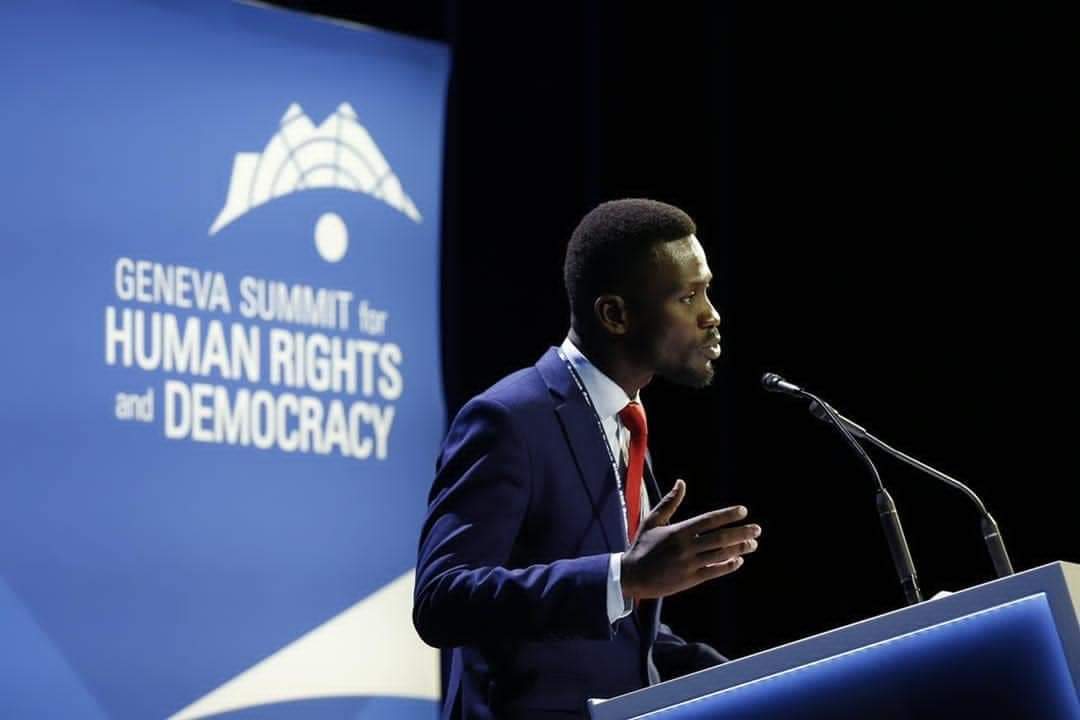 In his speech, Kyagulanyi said that Ugandans are living in fear, great pain and treated as animals for the last 36 years ever since Gen Museveni captured power.

Kyagulanyi added that Museveni treats political opponents as enemies and uses the military to harass, suppress, arrest, torture and kill supporters of the National Unity Platform and all those who disagree with him.

Kyagulanyi also added that Uganda witnessed one of the most violent unfair elections in world history in 2021 where Gen Museveni rigged the election and declared himself winner.

Kyagulanyi exploited the moment to ask the European powers to stand on the right side of history by stopping to fund the government of Gen Museveni because it is illegitimate and has caused unending suffering to the people of Uganda.

“Do not sacrifice your moral obligations for short term convenience,” Bobi told members at the summit.

First; We call upon the world leaders to stop shaking Gen. Museveni’s blood stained hands through funding and cooperation.

Secondly; We call upon the governments and organizations all over the world to impose sanctions on him and the people that he uses to torture and kill innocent citizens.

Thirdly; We call upon all those who value democracy and human rights and the rule of law to isolate Gen Museveni because he has distinguished himself as an excellent violator of human rights who has no respect whatsoever for human life and human dignity.

Lastly; We ask you to support our demand for accountability for the crimes against humanity that he has committed and continues to commit against the people of Uganda.