Among offers UGX 50m to Oulanyah’s father as condolences 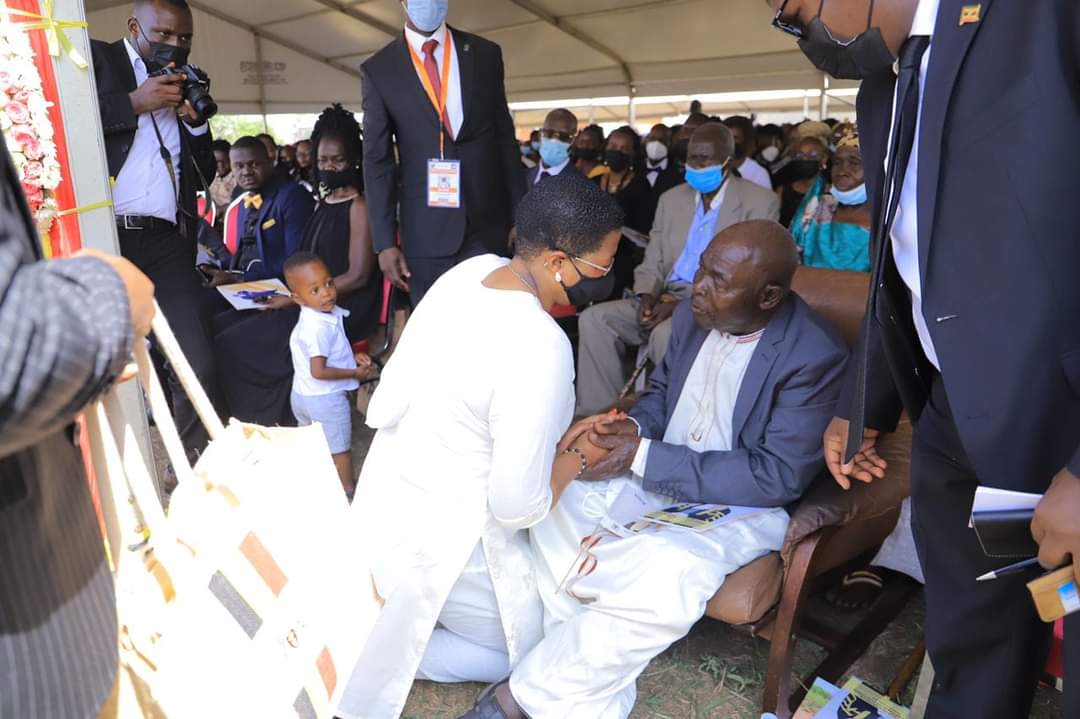 The speaker of parliament Rt. Hon. Anita Among has offered UGX 50 million shilling to Mr. Nathan L’okori, the father to the deceased speaker Jacob Oulanyah.

Mzee L’okori who has been barred from speaking to the press amidst fears that he would emphasize the poison conspiracy has been humbled in a front tent in the ongoing burial ceremony in Lalogi village, Omoro district in Northern Uganda.

Among and her entourage approached the bereaved L’okori amidsts cameras with a brown envelope reportedly containing UGX 50m which according to sources is her condolences fee to the father of the deceased. Among says this amount of money can as well be used as upkeep for the 92 year old helpless L’okori whose bread winner, Oulanyah passed on last month in Seattle.

Pledge cards have also been put in place for politicians and well wishers to commit to taking care of the orphans and stranded relatives to the deceased speaker.