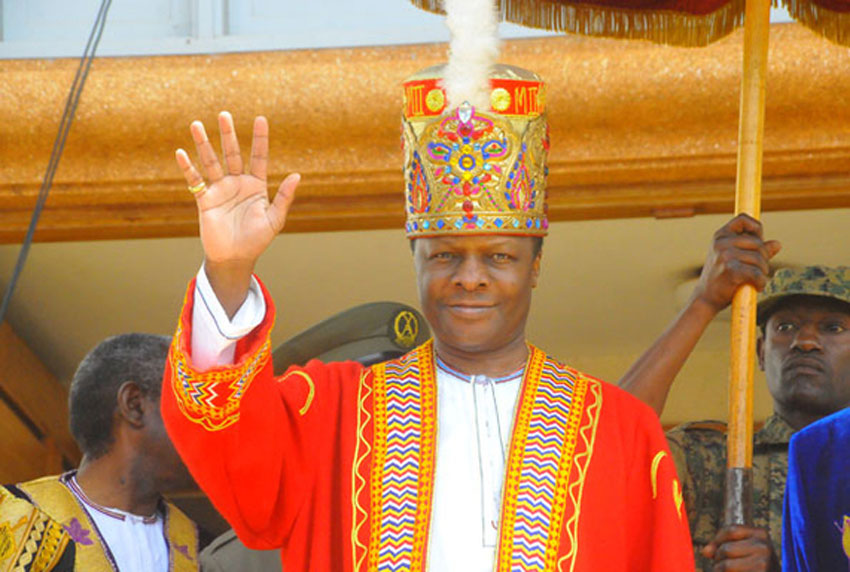 The Kabaka of Buganda His Majesty Ronald Muwenda Mutebi II today marks his 67th birthday. Unlike previous birthdays, this year’s run has been deferred to next month pending the return of the Kabaka who is on a medical leave to Germany. This was reiterated by the Kingdom premier Katikkiro Charles Peter Mayiga in a televised address where he explained why the birthday run would not be held on time.

During last year’s 66th birthday celebrations, the Kabaka was visibly frail and weak. He could not support himself and in most cases an escort was at close range to ensure he holds him in case of a fall. Buganda Kingdom subjects lambasted the Mmengo leadership for concealing the Kabaka’s health till the Katikkiro Mayiga came out and disregarded the ‘poison claims on social media’ stating that the Kabaka was suffering from ‘an allergy’ that arises from the diet and meals he takes. Mayiga insisted that Ugandans must be armed with the right information other than falling prey to propaganda.

Another matter that raised eyebrows and concerns was the design of the cake used to mark the 66th birthday anniversary. The cake was designed to appear like a coffin, a thing that angered many Kingdom subjects.

As Ekyooto, we hereby wish His Majesty the Kabaka a fruitful 67th birthday celebration and we pray for his perfect health.