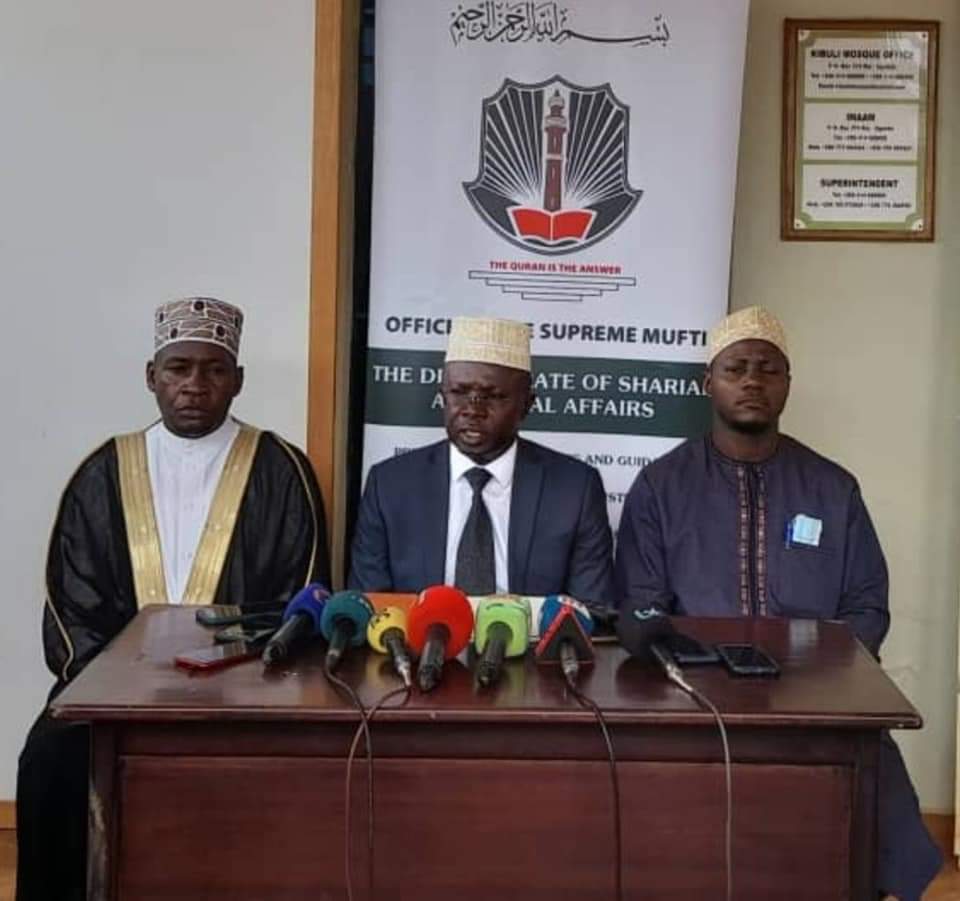 A day after the state house in a tweet published yesterday claimed Uganda Muslim Supreme Council leaders from the various factions within the country convened for unity, the leadership of Kibuli has in a press statement declared the move as a scam. In a statement shared by the Kibuli head of communications and PR Dr. Muhammad Kiggundu, he explains that the Mufti was never party to the state house arrangements as he never received any formal invitation.

“We wish to inform the general public, Supreme Khadis and all our Muslim leadership structures countrywide that the Office of the Supreme Mufti was neither invited, nor involved in the purported unity talks,” wrote Kibuli in today’s press release.

“We therefore, in the strongest terms possible refute the impression created that Sheikh Silimani Kasule Ndirangwa, Sheikh Mahmood Ssebugwawo Kibaate, Sheikh Abdul Obeid Kamulegeya and Sheikh Hamid Kateregga have the mandate to speak for the office of the Supreme Mufti and they are not part of the administration of the office of the supreme Mufti,” adds the statement