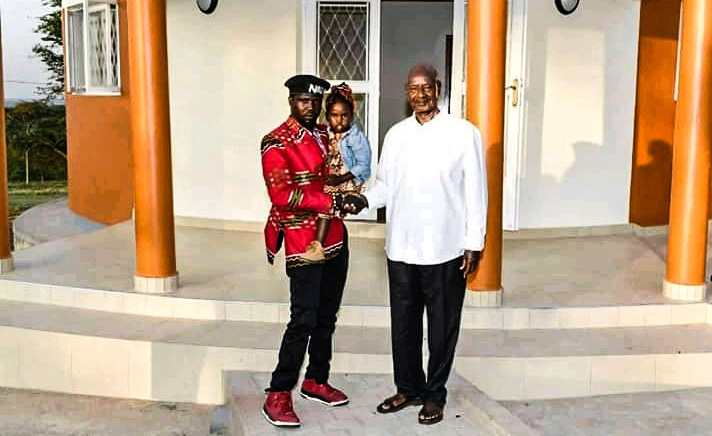 Bosmic Otim, a local musician in Northern Uganda fled to safety in the neighboring South Sudan citing a witch hunt by the state security personnel whom he says wanted to end his life.

The former Chua west MP aspirant under the NRM party ticket defected from the People Power movement in December 2020 after special arrangements were made for him to meet the NRM chairperson Gen. Yoweri Kaguta Museveni at state house Entebbe.

In his interface with Museveni, Otim was given all sorts of luxuries to sustain his grief towards the NRM regime. He walked off with over UGX 50m in cash and a Toyota Hilux pick up vehicle which was reportedly impounded and confiscated by state house after the January 2021 polls.

Otim resurfaced to limelight recently after his video emerged and made rounds on social media whereby he made cautionary statements against the NRM regime over the alleged murder of high profile Acholis with the latest being the speaker of Parliament Rt. Hon. Jacob Oulanyah. In the video, Bosmic who had an AK 47 gun threatened to mobilize his Acholi tribesmen and lead them into an armed guerrilla struggle that would relieve them of the repressive NRM regime.

SEE ALSO: I’m now safer in NRM, those abusing me should be careful- Bosmic Otim

Regarding his defection from People Power, Otim who apparently is in exile in South Sudan where he fled 2 months back says he had to join NRM just to save his life from danger. He says plans were underway to eliminate him and the only way he would defer his death would be by joining the NRM and making peace with Museveni. He however intimates that Museveni has never been a peace maker but rather a divisive leader who wants Uganda to be divided along tribal lines. Otim says he had held high regard for Museveni till his interaction with him gave him a far different perspective. He says he had never met a leader as ‘foolish as Museveni.’