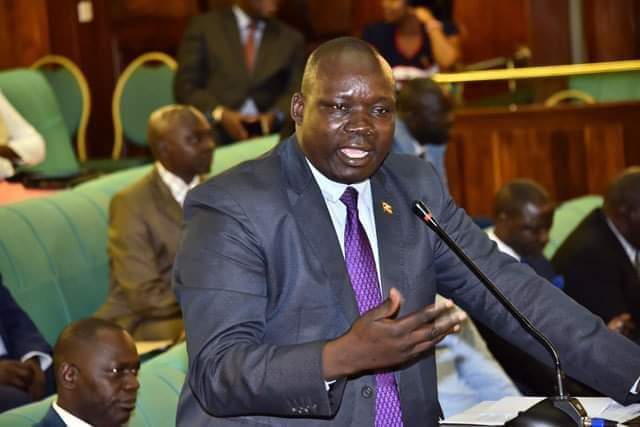 Leader of the Acholi Parliamentary Group in the eleventh Parliament, Hon Anthony Akol who subscribes to the opposition Forum for Democratic Change party has voraciously campaigned for OJOK Andrew Oulanyah on a local Radio station in Gulu and has declared his full suppport for him.

Akol says Oulanyah’s son deserves to take on the mantle of his late father who died in Seattle on March 20. Akol goes on to ask the rest of the political parties like NUP, FDC, DP, NRA, Independents, to back down and allow the young man to inherit his Dad’s seat. The same view was held by Gen. Yoweri Kaguta the NRM chairperson who stated that the remaining 4 years should be granted to Mr. Andrew Ojok in honour of his fallen father. Museveni while mediating the talks between the interested NRM candidates lured the rest out of the Omoro County by-election stating that he has ring fenced it for Andrew Ojok Oulanyah.

This development comes in just a Day when Opposition big shots in the Northern Region issued a press statement declaring the need for a Joint Opposition candidate in the hotly contested by election in omoro County.

Meanwhile, the NUP party has already rallied its interested supporters who have interests in legislating for Omoro County in the eleventh Parliament to collect expression of interests forms not later than Friday April 22. 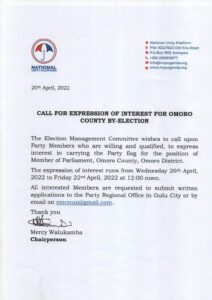