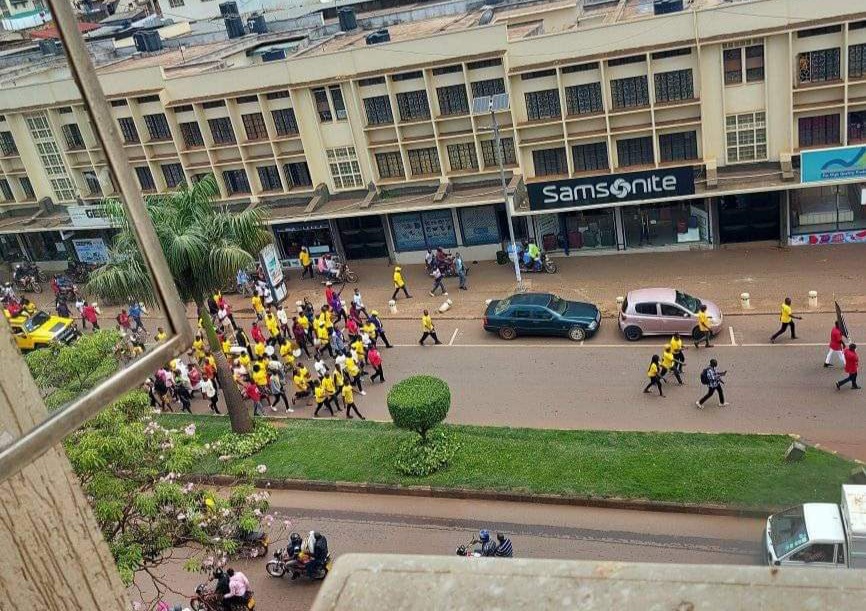 It was not pomp and glamour as earlier anticipated for the much televised 48th birthday of the commander of land forces also first son Lt. Gen. Muhoozi Kainerugaba.

Speculations had earlier been made by Muhoozi supporters on Twitter that the Rwandan head of state Gen. Paul Kagame who last appeared in Kampala in March 2018 4 years ago was one of the expected guests at the much awaited birthday celebrations at Kololo independence grounds, in the capital, Kampala.

Observers and political pundits had stated that in case Kagame showed up for the lavish event, then it would have marked the beginning of his fall as a regional leader who commands respect.

“I do not expect a prominent leader like Kagame to prioritize such petty things. If he does then I will lose all my respect for him,” Mugerwa Alex, a political analyst said. “Even the Rwandan ambassador should not be party to such things,” he added.

Indeed, the day closed without Kagame showing up at the event. Kigali did not issue any statement to justify Kagame’s absence but knowledgeable sources say the Rwandan leader did not want to ‘relegate himself to things of youths’.

The event which was budgeted at $1.2m ended up a flop courtesy of renowned events organizer Balaam Barugahare Atenyi. Sources say Balaam has reaped big from the flopped event after assuring the first son that he would mobilize at least one million people to march to the streets to celebrate the life of Muhoozi. Balaam is one of the proponents of Muhoozi presidential ambitions. He had in fact convinced the first son that he would even invite his political nemesis Bobi Wine to attend the birthday and perform for him. Being the less intelligent boy he is, Muhoozi broke the bank and offered Balaam a large amount rumored to be UGX 1.2 billion to cover the artistes and mobilization. On the contrary, Balaam only successfully mobilize a much lower number that could not even fill one street of Kampala. The 400,000 seater Kololo grouns were not even filled t capacity, a thing that left Muhoozi convinced that he does nit have the people’s mandate. On the other hand, Bobi wine who was also on the streets of Kampala was enjoying mass support of unbought crowds that kept accompanying him to wherever he went. It took police intervention to disperse the swelling Bobi Wine crowd that was outshining the flopped birthday event at Kololo.