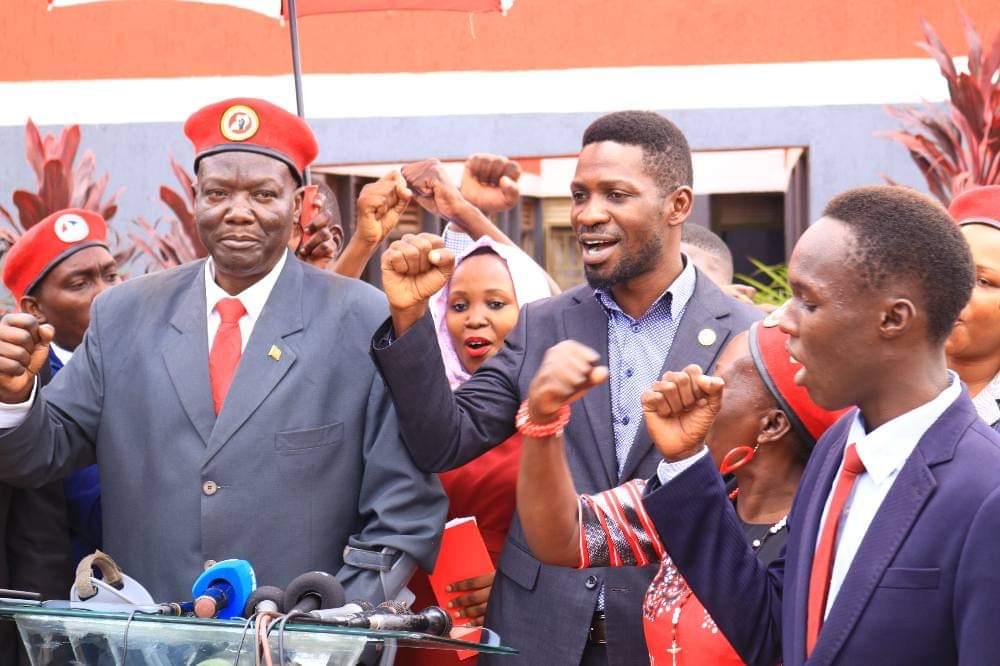 Tolit tussled it out with five other candidates that faced off with the NUP elections management and vetting committee which subsequently zeroed down on him as the most competent flag bearer. He has been unveiled this Tuesday afternoon at a ceremony that occured at the NUP head offices in Kamwokya, Kampala.

He is to face off with Andrew Ojok Oulanyah, a son to the deceased speaker Rt. Hon. Jacob Oulanyah. Ojok was pronounced by the NRM party chairman Gen. Yoweri Kaguta Museveni as the flag bearer by default on grounds premised on his blood ties to the deceased Oulanyah.

NUP party president Kyagulanyi Ssentamu Robert aka Bobi Wine who was present at the unveiling event said the party holds high odds in this by election.

“We must win this because our flag bearer is experienced and determined. He contested last time but his victory was grabbed by the dictator,” Wine said. “We can say our campaign has officially started. I am sure the race will end in our favour. We shall triumph,” he added.

The Omoro County seat fell vacant with the untimely demise of Hon. Jacob Oulanyah which occured on 21st March in Seattle. The Electoral Commission is yet to pronounce nominations and arrange the by-election within the mandatory 90 days since the seat fell vacant.