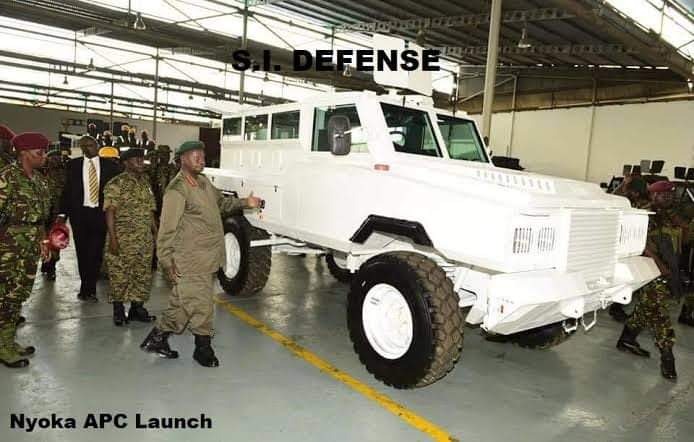 Uganda has tripled military spending over the last five years to catch up with Kenya from the $346.7 in 2017 compared to Kenya’s $1.015 in the same year.

Widespread conflict and terrorism threat in East Africa has fueled an arms race in the region to combat the threat while launching interventionist wars across borders to insulate the stable countries.

“Over the decade 2012–21, Kenya and Uganda have both faced insurgencies that have influenced their military spending. Between 2012 and 2021, military expenditure rose by 203 percent in Uganda but remained relatively stable in Kenya,” SIPRI said in the trends in world military expenditure, 2021.

In 2021 Kenya, Uganda and Angola were, respectively, the third, fourth and fifth largest military spenders in sub-Saharan Africa.
Kenya, Uganda and Rwanda have employed aggressive foreign policy within the region through interventionist maneuvers in their backyards and multilateral backed peace missions while building their military capacity.

Kenya invaded Somalia a decade ago to fight the Al Shabab militia before joining the African Union (AU) mission in Somalia (AMISOM) backing the Mogadishu government against the insurgents.
Kenya is also involved in Democratic Republic of Congo through the United Nations Stabilisation Mission in the Democratic Republic of Congo (Monusco) fighting the Isis Central African Republic terror group in the eastern DRC. The operation also involves armies from Tanzania, South Africa and Nepal.

Rwanda has also been an active player sending troops into Mozambique’s troubled Cabo Delgado Province at the end of July 2021, to combat an Al Shabaab offshoot the Islamic State-Mozambique.

Although Kenya leads in regional military spending at $1.1 billion, trailed by Uganda ($1.06 billion), Tanzania ($742 million), Rwanda $164 million and Burundi ($68 million) it has cut back over the last two years as the effects of a cash crunch took a toll on Kenya’s defense bill.

President Uhuru Kenyatta’s administration which recorded a yearly rise in spending on the military since he came to power in 2013 did not buy as much military equipment over the last two years while all other Eat African peers increased their budgets.

Ethiopia which also impacts the region is the only other country that cut its military spending to $487.8 million last year from $504.07 in 2020 despite waging a civil war against Tigray forces for two years.