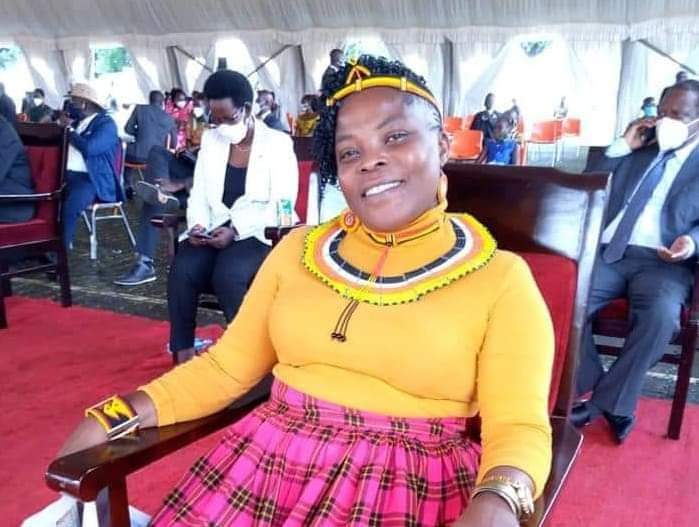 Trusted sources in the security detail of state Minister for Karamoja affairs, Hon. Agnes Nanduttu say the ex NTV journalist who is now the Buduuda district woman Member of Parliament has registered a blood clot after a sudden bathroom fall.

According to a whatsapp chat eavesdropped by our source inside the official 2021-26 cabinet Ministers platform, one member is quoted writing, “Please pray for our colleague Hon. Agnes Nanduttu who has just fallen inside her bathroom this afternoon.”

The Minister could not be accessed on her official mobile telephone contacts but a relative who spoke to us on condition of anonymity revealed that she is being examined by her medical doctors to ascertain the gravity of the fall.

“She will be okay. Be assured nothing will happen to her,” said the source.

It should be recalled that the ex Deputy Inspector General of Police Maj. Gen. Paul Lokech reportedly succumbed to a blood clot as relayed by the official police postmortem report. Several other government officials have died under mysterious circumstances and government has attributed such deaths to blood clots.