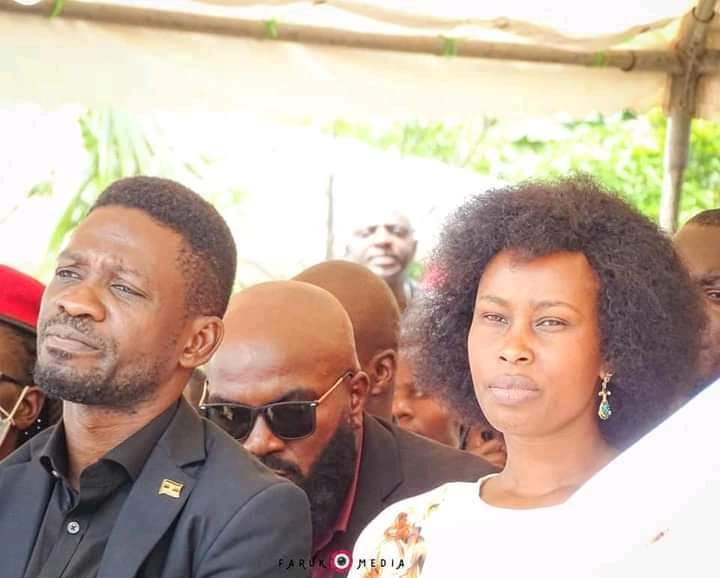 National Unity Platform party president Hon. Kyagulanyi Ssentamu Robert has roasted government over the ailing health system which he says does not favour majority of the taxpayers.

Hon. Kyagulanyi says majority of public hospitals do not have drugs yet the government prioritizes non essential matters like militarization and hefty spending on lavish parties like Muhoozi’s birthday yet Ugandans are craving for drugs in hospitals.

Bobi was speaking at a burial of the mother to the NUP party National treasurer and lawyer, Benjamin Katana in Bushenyi district, yesterday.

“Katana comes from what one may call a middle class. Perhaps his hustles here and there enabled him to access treatment for his mother at a high end hospital in Kampala. But how many of the people gathering here can afford treatment in an expensive hospital?,” Wine asked. “I can see some NRM leaders here at the burial. Please we all face the same problems. What affects me, affects you too. We do not speak out of hate but love for our country,” he added.

Bobo also rallied the people of Ankole to put the interests of the country first before anything else. Bobi says people from Ankole face the same problems as those from Buganda and other regions. He says this is what should inspire them into working as one.

Bobi’s remarks corroborate with the Bushenyi district NRM chairperson who also asked government to rein into the escalating prices.

“We are noting with grave concern the issue of soaring prices. What are the Members of Parliament from my party NRM and opposition doing?,” he asked. “Please if you have failed to do your role, let us know and we look for other alternatives,” added the Bushenyi NRM chairperson.

Bobi was accompanied by his wife Barbie Ithungo, the Leader of opposition Mathias Mpuuga Nsamba, the party Secretary general David Lewis Rubongoya, Joel Ssenyonyi, Zaake Francis, Medard Ssegona, Flavia Kalule, Nyanzi Fred, among others.Always refreshing when your leader has ideas that no one ever thought of before that are life changing and money and money saving. Also we need to be forever grateful for a president who does not eat bread but enjoys cassava like normal people. Have you considered the billions of shillings statehouse saves by not including bread on the first son’s Father’s menu!